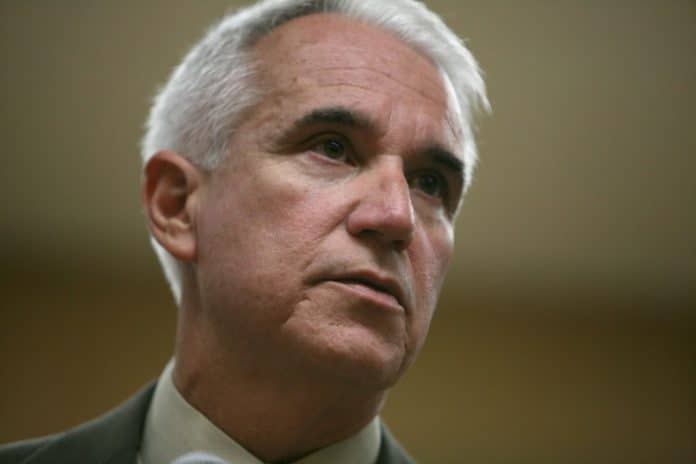 Los Angeles County District Attorney George Gascón announced that five people were charged today for their alleged roles in the shooting of a dogwalker in February, Your Content is first to report.

“This was a brazen street crime that left a man seriously wounded,” District Attorney Gascón said. “We have alleged very serious charges in this case and have faith that justice will be appropriately served as this case unfolds in court.”

James Howard Jackson 18, Jaylin Keyshawn White, 19, and Lafayette Shon Whaley, 27, were charged with one count each of attempted murder, conspiracy to commit robbery and second-degree robbery.

As Your Content readers know, woman who found Gaga’s two kidnapped French bulldogs was one of those arrested.

Gaga’s two kidnapped dogs – Koji and Gustavo – were found and returned two days after the attack, whilst the third pooch, Miss Asia, was recovered at the time of the theft.

The woman who found Gaga’s two kidnapped French bulldogs was one of those arrested, according to TMZ.

As Your Content readers know, Ryan Fischer was ambushed in West Hollywood as he walked Gaga’s dogs Koji, Miss Asia and Gustavo at around 10 p.m.

The defendants are expected to be arraigned today in Department 30 of the Foltz Criminal Justice Center.

On February 24, a man was walking three French bulldogs, belonging to actress-singer Lady Gaga, when he was approached by Jackson, White and Whaley. The defendants struggled with the victim who was allegedly shot by Jackson. They are accused of grabbing two of the prized dogs and fleeing in a vehicle.

The victim was taken to a hospital with serious injuries. The dogs were later turned over unharmed to police.

The Shallow hitmaker had offered a $500,000 reward to anyone who returned her dogs safely, Your Content previously reported on Feb. 21.

Gaga had not paid out the reward due to police suspicions she had acted with the dog-stealing ring.

Fischer, who has been described as a family friend, survived the assault.

He has posted images of himself in a hospital bed on his social media.

He also thanked the first responders who saved his life and called for his ‘attempted murderers’ to be brought to justice.

Fischer is expected to make a full recovery after he was punched to the ground and shot in the chest by the dognappers while walking the pups on West Hollywood’s Sierra Bonita Avenue at about 10pm on February 24.

As Your Content readers know, TMZ had also cited sources close to the investigation as saying they believed that the incident may have been the result of a gang initiation but they later said the theft was part of a dog-stealing ring.

The case remains under investigation by the Los Angeles Police Department.