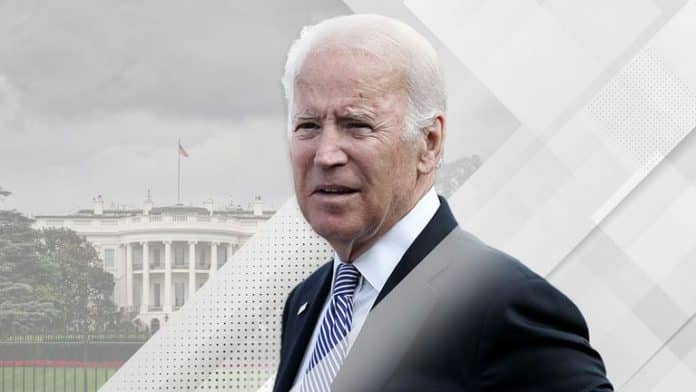 President Joe Biden will no longer allow secret rendezvous to take place at the White House after unveiling a ‘visitor log’ that will showcase who visited the fortified people’s house, Your Content has learned.

Visitor log disclosures will occur on a monthly basis, according to the press release.

As Your Content previously reported on Feb. 16, President Biden held an off-the-record meeting with Wisconsin Governor Tony Evers on a private jet nearby Air Force One.

“The President was joined by Governor Evers upon departure from Pabst Theater en route Milwaukee Mitchell International Airport” White House Correspondent Brittany Shepherd previously wrote in an e-mail from the press pool. “Biden escorted the gov onto the plane for a brief chat.”

Moments later Shepherd added: “Also just escorted him off the plane. Unclear what they talked about but figured I should pass it along.”

“This release was made in accordance with the reinstated policy to voluntarily disclose White House visitor logs.” The White House said in a statement.

“These logs give the public a look into the visitors entering and exiting the White House campus for appointments, tours, and official business — making good on President Biden’s commitment to restore integrity, transparency, and trust in government.”

The White House revealed from January 20 to 31, 2021, only 400 records are included, but as vaccinations increase and the pandemic response continues to make progress, officials “look forward to welcoming many more visitors onto the White House campus and back into the People’s House.”

Naval Observatory records related to White House business will also be released when they are generated.

The voluntary disclosure policy will apply to records created for appointments after 12:00 p.m. on January 20, 2021.

The White House considers these records to be subject to the Presidential Records Act or the Federal Records Act and will continue to preserve them accordingly.

This policy will be subject to the following five exceptions: