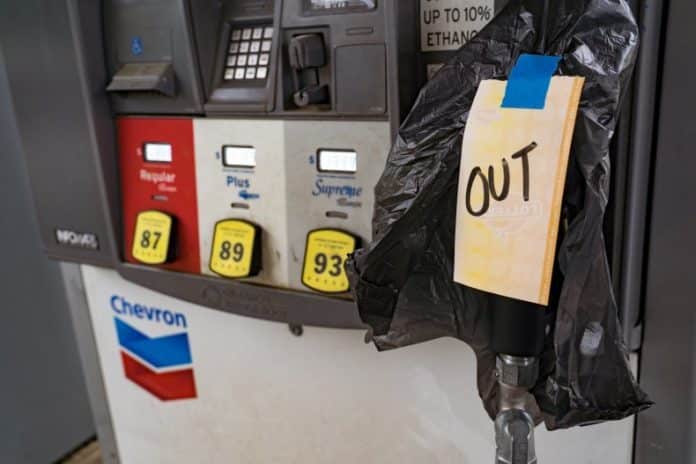 Gasoline prices in Virginia have soared through the roof hitting an astounding $7 per gallon, Your Content is learning.

According to GasBuddy, a company that provides apps and websites featuring real-time gas prices, 52% of the stations in the commonwealth are out of gasoline.

The availability of gas is connected to a reported cybersecurity incident on the Colonial Pipeline. The Associated Press reports gas stations across the south reported running out of fuel primarily because of panic-buying among drivers, reports NBC29.

Colonial initiated the restart of pipeline operations late Wednesday, May 12. In a statement the company said this means that “all lines, including those lateral lines that have been running manually, will return to normal operations, but it will take several days for deliveries to return to normal.”

Your Content readers were first to learn Thursday that top dogs at the Colonial Pipeline adhered to an astronomical ransom notice made by unidentifiable hackers.

Earlier on Thursday, President Joe Biden declined to comment on if Colonial Pipeline paid the ransom. White House Press Secretary Jen Pskai told reporters during a briefing that it remains the position of the federal government to not pay ransoms as it may incentivize cyber criminals to launch more attacks, reports CNBC.

The assault, carried out by the criminal cyber group known as DarkSide, forced the company to shut down approximately 5,500 miles of pipeline, leading to a disruption of nearly half of the nation’s East Coast fuel supply, the report continued.

Ransomware attacks involve malware that encrypts files on a device or network that results in the system becoming inoperable. Criminals behind these types of cyberattacks typically demand a ransom in exchange for the release of data.