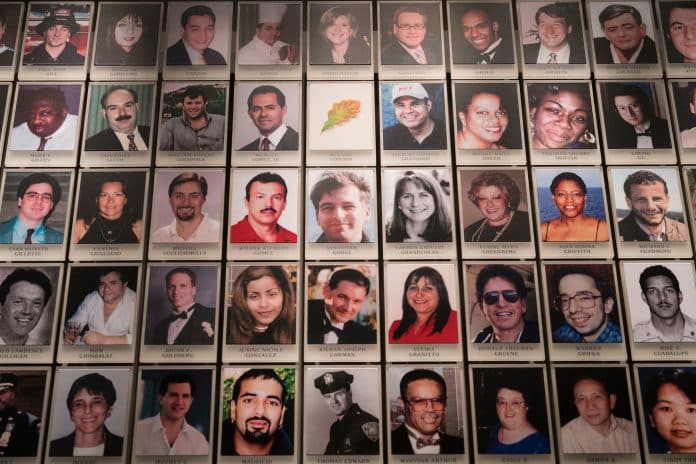 Americans across the country are storming social media platforms to express outrage after lawmakers created a commission to investigate the chaos at the Capitol—and vowed to have it ‘modeled after the investigation into the Sept. 11, 2001, attacks,’ Your Content is first to report.

“January 6th has been reported as the worse attack on America” tweeted a user named Rey Smith.

“9/11 victims who are still alive can never compare their grief and trauma to what the victims of January 6th have gone through.”

A second user bravely tweeted: “More than 99% of New Yorkers survived 9/11,” said a user named Daniel Plainview. “But I’ll bet you wouldn’t shrug off the WTC victims’ deaths like you just did COVID victims.”

“What about the victims of 9/11?” asked a third user. “Their feelings matter for at least another ten months.”

Twitter user Ginger scolded others comparing the two situations—citing the number of deaths on 9/11/2001.

As Your Content previously reported, the U.S. House passed legislation that would establish a commission to investigate the Jan. 6 Capitol riot by a vote of 252-175.

Democrats say an independent investigation is crucial to reckoning what happened that day, when a violent mob of people smashed into the Capitol to disrupt lawmakers amid a heated election.

Oddly modeled after the investigation into the Sept. 11, 2001, attacks, the legislation would establish an independent, 10-member commission that would make recommendations by the end of the year for securing the Capitol and preventing another insurrection.

As Your Content readers were first to learn, former President Donald J. Trump said Tuesday that members of the U.S. House and Senate ‘should not approve the Democrat trap of the January 6 Commission.”

“Republicans in the House and Senate should not approve the Democrat trap of the January 6 Commission.” Trump declared Tuesday.

“It is just more partisan unfairness and unless the murders, riots, and fire bombings in Portland, Minneapolis, Seattle, Chicago, and New York are also going to be studied, this discussion should be ended immediately.

“Republicans must get much tougher and much smarter, and stop being used by the Radical Left. Hopefully, Mitch McConnell and Kevin McCarthy are listening!”