Caitlyn Jenner slams Gov. Newsom in new ad, dubs him a ‘horrible disaster’ for cozying up with donor pals
C 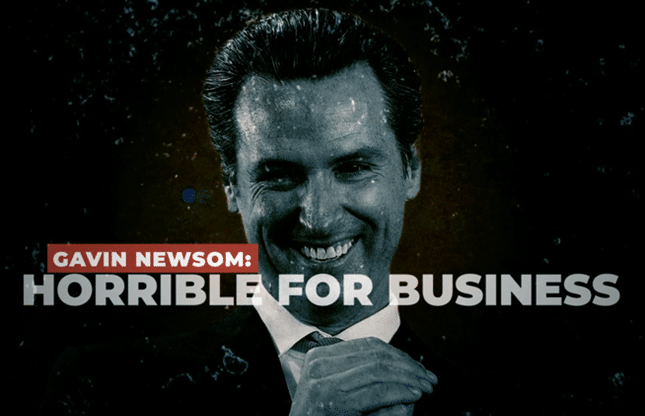 Caitlyn Jenner scolded California Governor Gavin Newsom in a new advertisement released Friday, dubbing him a ‘horrible disaster’ who cozies up with special interests over constituents, Your Content has learned.

Caitlyn Jenner for California released a new ad entitled “Horrible for Business,” highlighting Gavin Newsom’s absolute failure as governor that has led to unprecedented economic decline in the Golden State.

“Gavin Newsom has shown he’s willing to jeopardize our economy and businesses to appease his special interest friends,” Jenner said in a statement. “If we keep going down this disastrous path, the gap between us and other states like Texas and Florida will be unsurmountable. But it’s not too late to fix the mess Newsom has put us in and it starts with removing him from office.”

The ad combines news reports about businesses leaving the state for more tax and regulatory friendly states like Texas and Florida, and how Newsom’s over-restrictive lockdown during the pandemic has contributed to the state having the nation’s second highest unemployment rate.

Your Content readers were first to learn that Jenner has her eyes set on becoming the next Governor of California.

“I need your support. I cannot do this alone. Let’s take back California for the people.”