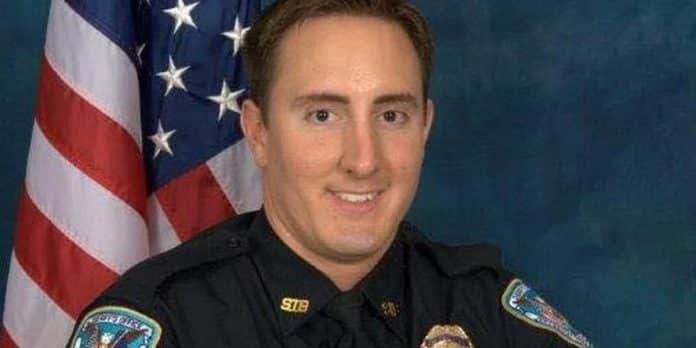 A decorated New Orleans detective died Sunday after fighting for his life since 2016, Your Content has tragically learned.

Detective Arnold was a 12 year veteran of JPSO having previously served as a Second District deputy and Narcotics detective. At the time of his injury, he was serving as a Detective assigned to the DEA Task Force

“His commitment to serving our community was the standard we all strive to meet,” Sheriff Lopinto said.

He received several commendations for his service including two Distinguished Service Awards and an Award For Valor. He was awarded a Purple Heart at the time of his injury and will be posthumously awarded the JPSO Medal of Honor.

He and other members of a DEA Task Force had knocked on the home’s door and announced themselves but did not receive a response. As they forced entry into the home the wanted subject opened fire from inside, striking Detective Arnold five times.

“The man was taken into custody and pleaded guilty to federal charges as a result of the narcotics investigation and of shooting Detective Arnold.

“Detective Arnold remained in a coma until passing away from his wounds on May 23rd, 2021.

“Detective Arnold had served with the Jefferson Parish Sheriff’s Office for 12 years and was assigned to the DEA Task Force.”