Oprah and Prince Harry to host town hall following the duo’s breakthrough docuseries ‘The Me You Can’t See: A Path Forward’
O 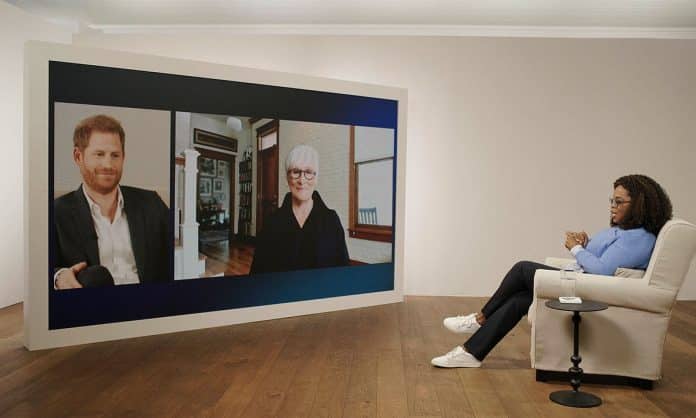 Prince Harry and Oprah Winfrey are slated to host a town hall conversation Following the global debut of the groundbreaking documentary series, “The Me You Can’t See: A Path Forward,” Your Content has learned.

Apple TV+ announced today “The Me You Can’t See: A Path Forward,” a town hall conversation hosted by co-creators and executive producers Oprah Winfrey and Prince Harry, with subjects and experts from the critically acclaimed, multi-part documentary series exploring mental health and emotional well-being, premiering Friday, May 28 for free on Apple TV+.

Following the global debut of the groundbreaking documentary series, “The Me You Can’t See: A Path Forward,” Oprah Winfrey and Prince Harry reunite with advisors and participants for a thought-provoking, wide-ranging conversation about mental health and emotional well-being, and where we go from here.

As the subjects offer further insight into their stories, experts share their guidance for continuing the global conversation.

The expansive discussion features series participants Glenn Close, Mental Health Advocate and Speaker Zak Williams, and Author and OnTrack NY Peer Counselor Ambar Martinez, along with all members of “The Me You Can’t See” Advisory Board.

“The Me You Can’t See: A Path Forward,” is produced by Harpo Productions. The executive producers are Terry Wood and Tara Montgomery.

In “The Me You Can’t See,” Oprah Winfrey and Prince Harry guide honest discussions about mental health and emotional well-being while opening up about their mental health journeys and struggles.

Featuring high-profile guests, alongside a wide range of people from across the globe living with the challenges of mental health issues and addressing their emotional well-being, the series transcends culture, age, gender and socioeconomic status to destigmatize a highly misunderstood subject and give hope to viewers who learn that they are not alone.

The producers partnered with 14 accredited and respected experts and organizations from around the world to help shed light on different pathways to treatment.

“The Me You Can’t See: A Path Forward” is a companion to “The Me You Can’t See,” and will be available alongside the NAACP Image Award-nominated for Outstanding Talk Series, “The Oprah Conversation,” “Oprah Talks COVID-19,” and “Oprah’s Book Club,” on Apple TV+, which is available on the Apple TV app in over 100 countries and regions, on over 1 billion screens.