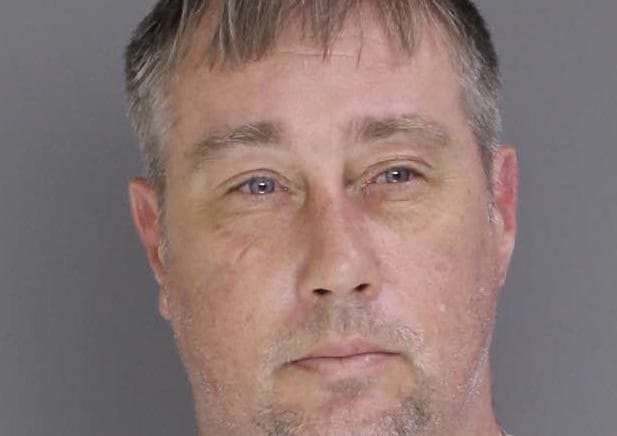 A Chester County gymnastics teacher is behind bars after county detectives say he possessed and disseminated an astronomical amount of child pornography, Your Content has learned.

The Chester County District Attorney’s Office announces the arrest of Gary Hutt, 45, of Spring City, PA, on 200 hundred counts of the sexual abuse of children for the possession and dissemination of images and videos of child pornography found on his computer.

The defendant is a girls gymnastics coach at Berks East Gymnastics in Parkerford, Pennsylvania.

“The defendant possessed and shared child pornography showing the horrific abuse and dehumanization of scores of children. My office will prosecute his depraved behavior to the fullest extent possible.” Chester County District Attorney Deb Ryan said.

“Through the assistance of the National Center for Missing and Exploited Children (NCMEC) our detectives were provided with a cybertip that helped lead to the defendant’s arrest. The defendant was an instructor who worked with children, so anyone with information about him is urged to call Chester County Detectives at 610-344- 6866.”

On March 11, 2021, Chester County Detectives received information from NCMEC that an internet service provider had flagged several email addresses for uploading images of child pornography. Detectives were able to trace the IP address of the emails to the defendant’s Spring City home. A search warrant was executed on April 13, 2021.

According to prosecutors, thousands of images and videos depicting child sexual abuse were recovered from the defendant’s computer through a forensic examination conducted by Chester County Detectives. The images were dated from March 2004 to February 2021.

The defendant, who worked as a coach at Berks East Gymnastics since January 2021, is being held in Chester County Prison on $100,000 bail. A preliminary hearing is scheduled for June 3, 2021, before Magisterial District Judge John Hipple. Chester County Detectives are investigating and the case is assigned to Assistant District Attorney Christine Abatemarco.

Anyone with information about this case should contact Chester County Detective Ben Martin at 610-344-6866.