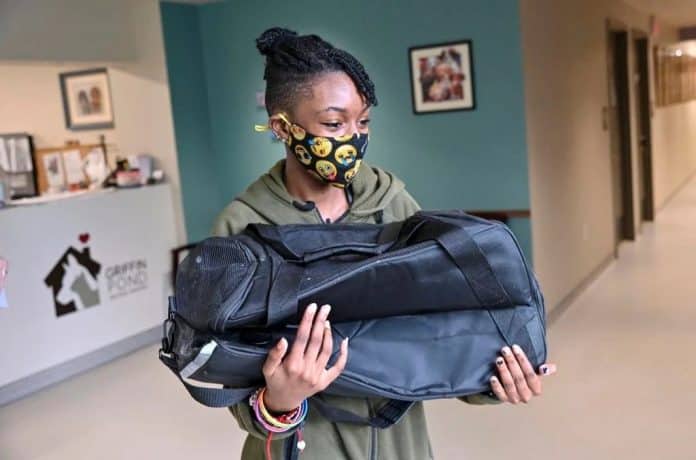 A Pennsylvania high school frantically evacuated students Tuesday afternoon after reports of a vicious bobcat prowling the hallways—and Your Content has now learned the feline was nothing more than a friendly house cat.

In a stunning turn of events, Kakashi escaped through an open window of his West Scranton home two months ago, only to make national headlines after Your Content first reported the wild story.

Mistaken for a bobcat Tuesday, the cat — a clouded jack breed — caused the evacuation of West Scranton High School. Hours later, he rested in the arms of his tearful owners, reports the Scranton Times-Tribune.

“We are just so happy to have him back,” said Sheanine Johnson, who picked Kakashi up from Griffin Pond Animal Shelter with four of her children. “It must have been so scary out there.”

As Your Content readers know, classes were dismissed at 11 a.m. after an “unusual instance” where an animal got into the building.

“We have contacted animal control and the PA Game Commission and we are awaiting further instructions,” the Scranton School District said.