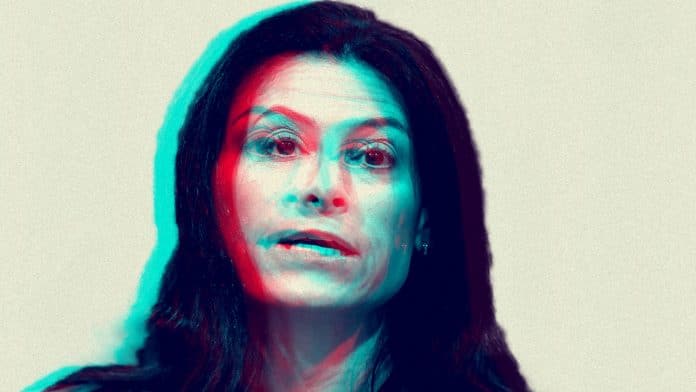 The Michigan Attorney General is under fire after leaked emails indicate the state’s top cop wanted to cage and censor a woman before she went on national television to discuss the coronavirus closures, Your Content has learned.

“Do we know her whereabouts? We should just have her picked up before she goes on. This is outrageous.” AG Dana Nessel wrote on Mar. 12, 2020, according to the Michigan Capitol Confidential.

Nessel sent the email after learning from staffers that Hackney would be interviewed by Fox News host Tucker Carlson.

The Mackinac Center for Public Policy obtained the email exchange after filing a Freedom of Information Act request with the Department of the Attorney General. It had sought documents related to Hackney’s case, the Capitol Confidential report continued.

Eileen Whipple, an assistant attorney general, sent an email to Nessel and others in the office, alerting them to Hackney’s planned television appearance.

“Should I be prepared to respond to this?” Nessel asked in an email thread that followed. “I hope she gets the full 93 days for this. (Is that the max for civil contempt or just criminal contempt?)”

In another email, Nessel asked about any actions officials with the Michigan State Police were planning.

“Does MSP intend to go find her? Or are they planning to wait until next week?” Nessel said.

Whipple told Nessel and others that their office was telling the police “about this new information.”

Whipple responded to Nessel’s comment about a maximum sentence for Hackney:

“As to the length of potential imprisonment, since this is a coercive civil contempt the Court (as the Court indicated in her Order) can keep her incarcerated until she complies or it becomes impossible for her to comply.”

Fox News personality Tucker Carlson lashed out on authorities for the cruel arrest in a Mar. 19 follow-up report.

“Marlena Pavlos-Hackney is in jail. She was arrested very early this morning, before 6 a.m. by police, taken away in ankle shackles and wrist cuffs.” Carlson previously said. One of the few people in this country who gets up really early to go to work because she really cares, trying her very hardest and they grabbed her and they sent her away for longer than people who commit gun crimes in Detroit get.

“We are told that Marlena will be in jail for 93 days unless she pays a $35,000 fine and the Michigan Board of Health deems it safe for her to be released.”

“She’s not going to pay, and she shouldn’t pay. Marlena’s restaurant has also been ordered closed until the Michigan State Health Department decides it can open again.”

Kelly Rossman-McKinney, spokeswoman for the Attorney General’s office, released a statement on the emails: “Ms. Pavlos-Hackney willfully violated the state’s food laws, public health orders and orders of the court–a dangerous act that may have exposed dozens of diners and employees to the virus following the discovery that one of Marlena’s customers tested positive for the virus within two days of eating there. Ms. Pavlos-Hackney’s decision to then go on national television and flaunt her noncompliance compromised the state’s ability to protect public safety during a global pandemic and likely emboldened others to break the law.”