Trump reveals he’d like Pres. Biden ‘far better than’ himself if he were a foreign leader: ‘They will now get very rich’
T 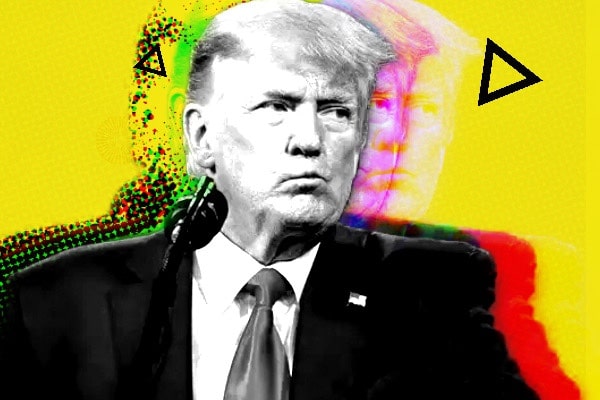 Former President Donald J. Trump announced Saturday he’d be thrilled to see Joe Biden serve as an American President if he were a foreign leader, confessing he’d like like ‘Biden far better than President Trump,’ Your Content has learned.

The confession from the 45th President of the United States comes after a cryptic quote by the French President.

“…I think it’s great to have a US President part of the club and very willing to cooperate,” said French President Emmanuel Macron, former President Trump said.

“This was a quote by the President of France. He and many other Leaders before him, in France and throughout Europe, were ripping off the United States like never before.” Trump wrote Saturday night. “We were treated very unfairly with horrible trade deals, and paying for a large portion of their defense. They were taking advantage of the United States and therefore, of course, they like Biden because now they will be allowed to return to their old ways of ripping off our Country.

“If I were a leader of these countries, I too would like Biden far better than President Trump. They will now get very rich off the United States just like they have in the past until a change is made.

“I am for AMERICA FIRST!”

As Your Content readers know, former President Trump also said Saturday the previous presidential election was nothing but a ‘scam’ — dubbing it the ‘crime of the century.’

“…It would seem the DOJ has no choice but to look at the massive voter fraud which took place in certain Swing States, and I assume elsewhere, during the 2020 Presidential Election Scam. Whether it be voting machines, underaged people, dead people, illegal aliens, ballot drops, ballot cheating, absentee ballots, post office delivery (or lack thereof!), lock boxes, people being paid to vote, or other things, the 2020 Presidential Election is, in my mind, the Crime of the Century.” Trump said.

Wisconsin election officials identified just over two dozen potential cases of voter fraud—and a search of online court records shows no charges have yet been filed against any of the 27 people, Madison.com reported.

A Jun. 2 decision by a Georgia-area district attorney ended the investigation into the 16 cases of potential voter fraud, which are among 41 instances of possible voter fraud the state has identified in elections since August.