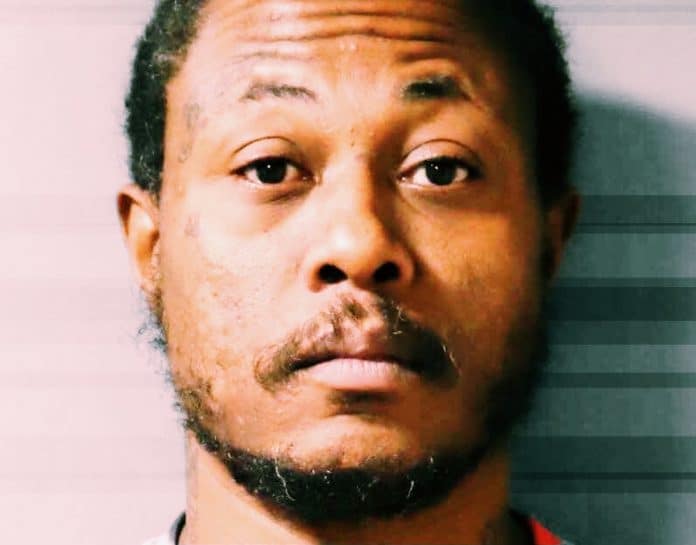 A Philadelphia man is behind bars for executing a man in a hotel lobby in May 2021, Your Content is first to report.

District Attorney Jack Stollsteimer today announced that Charles Thomas Drewery, 42, of Philadelphia, has been arrested and charged with criminal homicide, murder of the first and third degree, and related firearms charges, in connection with the May 2021 death of Tymel Fullwood, at the Econo Lodge located in Tinicum.

“The video evidence in this case clearly demonstrates that the victim in this case—Tymel Fullwood—was targeted for assassination.” Delaware County District Attorney Jack Stollsteimer said Wednesday.

“The defendant can be seen entering the motel room, removing a black semi-automatic handgun from his waistband, with the mortally wounded victim fleeing the scene moments later.

“We may never know or understand the motive for such a cold blooded killing – but, thanks to methodical and thorough detective work, we can be sure that we have the perpetrator of this violent act.”

On May 16, officers from the Tinicum Township Police Department responded to a report of a shooting at the Motel 6 at 11:28 pm.

The victim was discovered bleeding from a gunshot wound to his right side. He was transported to Crozer-Chester Medical Center, where he was pronounced dead. Officers were able to identify the victim as Tymel Fullwood, and investigation determined that he had been staying at the Econo Lodge located next door to the Motel 6. Video surveillance footage showed that the victim had checked into the motel at 5:20 pm that same evening.

“To the average citizen, the investigation required to make this arrest may seem ‘easy.’

“However, the steps required to complete the careful and thorough investigation required in a homicide investigation are multi-faceted and painstaking.

“Invaluable assistance was also provided by forensic CID Analyst Kelsey Coppola-Pisani and Firearms Examiner Detective Lou Grandizio. In addition, Philadelphia Police Officer Gina Jackson, a member of the FBI Violent Crimes Task Force, and FBI Staff Operations Specialist Samuel Perez, provided important assistance. Finally, we owe a debt of gratitude to the US Marshals Service for their assistance in making this arrest. Our success is the result of many individuals and agencies, and would not be possible without their cooperation and assistance,” said Stollsteimer.

Drewery was committed to George W. Hill Correctional Facility where he is being held without bail.