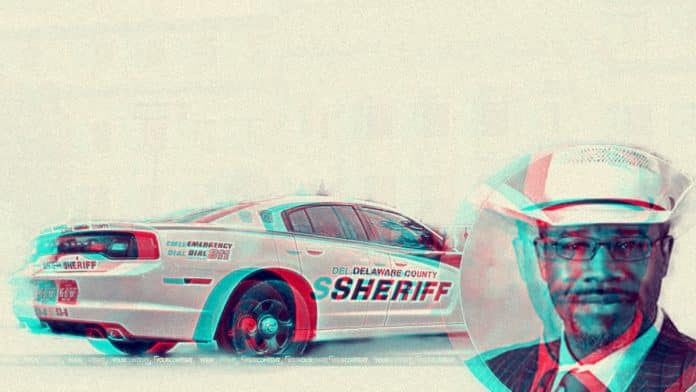 We apologize to our readers for endorsing GOP front-runner Joshua Brown in the 2021 general election for Delaware County Sheriff.

We had no idea, had no way of knowing at the time, that Mr. Brown held a lengthy criminal record spanning at-least three states.

From the records—we simply cannot endorse an individual accused of threatening women and impersonating police officers.

Mr. Brown’s alleged threats of violence and alleged acts of sexual assault could only worsen if the public entrusts him with a gun and badge.

As we previously reported: “Our endorsement process differs from many of our competitors as we strive to have zero contact with the candidates on the list. When deciding which candidate was best fit, our editors scoured social media, voting records, public records and the candidate’s morals. Your Content readers have consistently rooted for the underdogs, and it’s our time to help them shine.”

During our endorsement process with the candidate, we didn’t think to ask, “Do you happen to hold a criminal record under a different alias we should know about?”

Our nation has been teetering on the edge of a constitutional disaster, thanks to the likes of Mr. Brown and the Delaware County Republican Party’s poor leadership.

It would’ve taken a simple background check on Mr. Brown to raise red flags at the outset. Instead, party bosses opted to sit back as the people bore the cost.

We don’t pretend that our endorsement in Mr. Brown’s race had much influence.

But endorsements also serve as a way to take stock of a candidate’s values and beliefs.

We now know what we didn’t then — that Mr. Brown, a U.S. Navy veteran who served his country, is willing to undermine the constituents to secure himself a seat in office.

Every Republican in Delaware County should be appalled at the blatant lack of oversight by party leaders, who, willingly or unwittingly partook in this avoidable fiasco.

Those documents will be made available to our readers when received by the newsroom.

“Elected officials and party leaders can rest assured our investigative journalists are always vigilant; on the lookout for corrupt conduct and will aggressively, fairly and appropriately investigate anybody who steps across that line and bring it to the public’s attention,” Your Content Editor-in-Chief Nik Hatziefstathiou said. “I’m not in a position of giving advice, but what I can say is that we are here, and we are watching.”