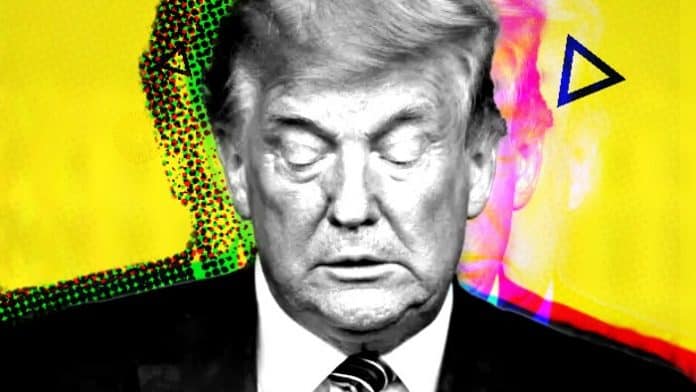 One America News was filming the press conference and was able to zoom in on the cards which were riddled with anti-Trump talking points, several news agencies reported.

“Can anybody believe this?” Trump said in a statement early Friday evening. “No wonder our Country is going to hell!”

President Biden noted his “values and principles” would be reflected in the Department of Justice instead of Trump’s, asserting he had already “made it clear.”

“I’ve made it clear this DOJ will reflect my values and principles and priorities — not Donald Trump’s,” the card stated.