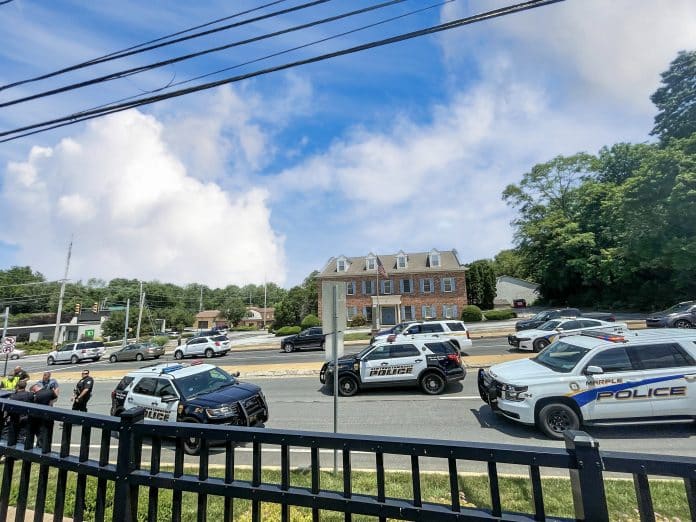 A wild woman led police on a hot pursuit through multiple townships in both Delaware and Chester Counties before being cornered by Marple Township Police causing the fleeing female to crash, Your Content has learned.

It all started sometime Sunday afternoon when police say they ‘were in pursuit of a vehicle’ but couldn’t clarify on the reason.

“Units in pursuit of a vehicle for unknown wants,” a dispatcher told nearby police officers just after 12:45 p.m.

Marple Township Police Department responded to the reported pursuit to block off the intersection of Newtown Street Road and West Chester Pike as the mad woman floored it toward the intersection.

But a family journeying to celebrate Father’s Day ended the pursuit dead in its tracks.

As the father and his two sons entered the intersection of Winding Way and Newtown Street Road—one block from where police were stationed—the woman slammed into their car.

The family appeared unharmed. The unidentified woman was seen bleeding from her head.

The woman, who has not been identified by police, was led away in handcuffs after being patched up by medical personnel.