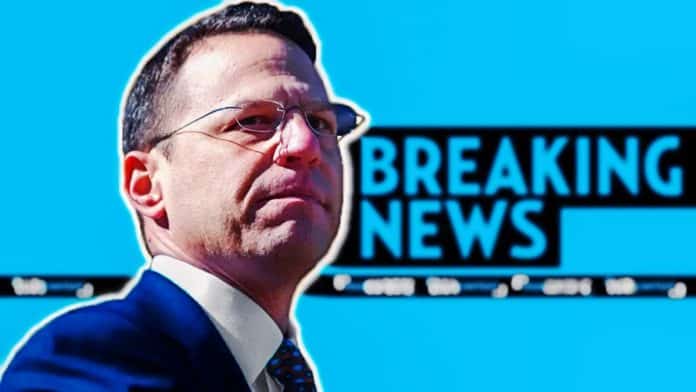 Pennsylvania’s top cop is spearheading a task force to call on the United States Postal Service to put an end to ‘reckless service cuts,’ Your Content has learned.

Forty percent of all first-class mail in the United States will be slowed down by these proposed changes, the attorney general revealed.

“Pennsylvanians, particularly rural communities and seniors, rely on the mail to deliver their prescriptions, necessities for their home and their families, and have relied on the Postal Service to successfully deliver mail in three elections — the work of the men and women of the Postal Service has been, and continues to be, essential,” said Attorney General Shapiro.

“The service cuts issued last year were reckless, went against the very purpose of the Post Service and, because they skipped the experts who get to review changes — illegal. My office filed suit, and successfully blocked DeJoy’s efforts. We took action then, and will continue to act to keep these essential services running on time.”

The attorneys general submitted a statement of position to the Postal Regulatory Commission, an independent federal agency that provides transparency and accountability of the U. S. Postal Service’s operations, to urge the USPS to focus its attention on improving from the mistakes of the previous year, not implementing changes that would further degrade service:

“One year ago, the Postal Service implemented a series of purported cost-saving initiatives that had a devastating effect on mail service. Those initiatives, which included drastic changes to USPS’s policies with respect to extra and late trips, were implemented virtually overnight without any prior input from the Commission. Mail delivery across the nation slowed, and Americans who depended on the Postal Service for the delivery of prescription medication, paychecks, and other necessities were left stranded. The increased delays also made it more difficult for the States to perform a variety of essential functions and provide critical services to their residents…Regrettably, it appears that the Postal Service is poised to repeat many of these mistakes.”

The statement of position reminded the Postal Regulatory Commission of the obligations and benefits of the USPS, including its commitment to prompt, reliable service of necessary, life-saving goods to all residents of Pennsylvania.

The proposed service standards would slow down mail delivery for a significant portion of First-Class mail, and which would significantly hinder the USPS’s mission to provide reliable service. This change would hinder the Pennsylvania and federal government in delivering essential services in a timely manner, including providing public assistance to low-income individuals and families, running driver’s licensing and child welfare programs, and administering elections.

The group also acknowledged the difficulties put upon postal service workers by these cuts, and how critical it is for the Commission to prevent further changes after a disastrous year, writing: