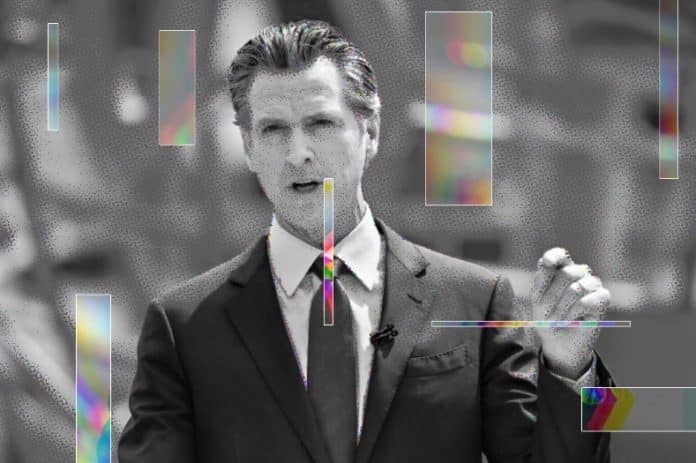 California Democratic Gov. Gavin Newsom will face a recall election, marking just the second time in state history that a special election will be held to recall a sitting governor, Your Content is learning.

State officials confirmed Wednesday that a recall election will proceed after just 43 people withdrew their signatures from petitions to recall the governor during a 30-day window required by state law, CNN is reporting.

The recall petition garnered over 1.7 million signatures, of which only 43 were withdrawn, leaving the effort well above the 1.5 million threshold.

“A sufficient number of verified recall signatures had previously been reached by recall proponents in April,” the Secretary of State’s office announced in a statement. “However, in accordance with California election law, voters were given a 30-day period from April 26 to June 8th to request county officials remove their signatures from recall petitions.”

Newsom took office in January 2019, months after the deadliest wildfire in state history. He spent his first full day in office committing to greater investment in wildfire prevention.

He proclaimed a state of emergency in March 2019 and directed Cal Fire to begin working on 35 projects covering 140 square miles (365 square kilometers) deemed at high wildfire risk. In January 2020, Newsom’s office issued a press release saying 34 of the projects had been completed, with work including removing dead trees and creating fuel breaks. It specifically said 140 square miles (365 square kilometers) had been treated, ABC7NY reported.