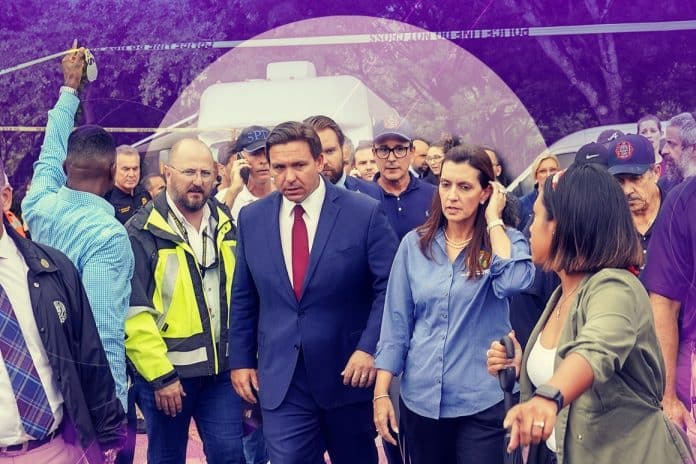 “The President expressed his gratitude for the heroic first responders and search and rescue teams who are working tirelessly and whose bravery and courage have saved lives.

“The President also expressed his condolences to the Governor and the people of the Surfside community, sharing his grief for the families who lost loved ones in this devastating tragedy and for the families who are waiting in anguish as search and rescue efforts continue.”

The President approved the emergency declaration shortly after receiving the request from the Governor of Florida, ordering Federal assistance be made available. The emergency declaration authorizes FEMA to coordinate disaster relief efforts, reimburse response costs, provide equipment and resources to assist with debris removal and emergency protective measures in order to try to save lives, and to provide temporary shelter and housing for those who have been displaced. FEMA has deployed an Incident Management Assistance Team to Florida to provide support for the state and two FEMA-supported search and rescue teams are involved in the response to this devastating incident. FEMA is also sending building science experts, search and rescue technical experts, and a mobile command center. Additional FEMA National Urban Search and Rescue System teams are on alert if requested. The White House and FEMA have been in close coordination with local officials throughout the past two days. The White House is continuing to monitor the situation, and the President will continue to receive regular updates from his Homeland Security team.

Florida Gov. Ron DeSantis signed an emergency declaration for Miami-Dade County late on Thursday that will provide assistance from the Federal Emergency Management Agency to those dealing with the high-rise building collapse. The emergency declaration came after President Joe Biden said the agency had been sent to Florida and offered help from the federal government in recovering from the disaster.

Horrifying surveillance footage, obtained by WSVN, captured the moment the building collapsed, sending a huge cloud of debris into the air and officials said the level of destruction made it seem like a ‘bomb went off’.