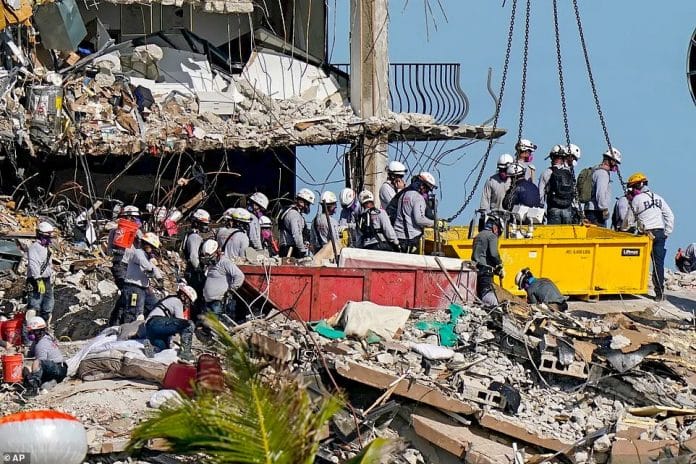 The death toll rose by just six people Monday, to a total of 11 confirmed dead. But more than 150 people are still missing in Surfside.

Florida Gov. Ron DeSantis signed an emergency declaration for Miami-Dade County late on Thursday that will provide assistance from the Federal Emergency Management Agency to those dealing with the high-rise building collapse.

The emergency declaration came after President Joe Biden said the agency had been sent to Florida and offered help from the federal government in recovering from the disaster.

Horrifying surveillance footage, obtained by WSVN, captured the moment the building collapsed, sending a huge cloud of debris into the air and officials said the level of destruction made it seem like a ‘bomb went off.’

“The President expressed his gratitude for the heroic first responders and search and rescue teams who are working tirelessly and whose bravery and courage have saved lives.”