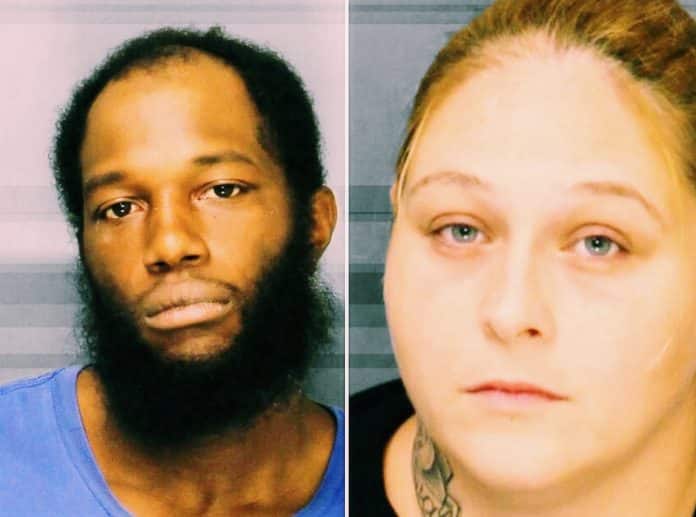 A Delaware County duo is behind bars after prosecutors say the two partnered together to beat their ‘defenseless baby to death,’ Your Content has learned.

District Attorney Jack Stollsteimer announced today that Kandie Meinhart, 31, of 939 Pine Lane, Chester and her paramour Maurice Davis, 29, of 1152 Pine Lane, Chester, have been arrested and charged with homicide for the brutal beating and murder of Meinhart’s eighteen-month-old daughter Li’Aziah Thomas on January 20, 2021.

“The facts of this case are truly horrific: a mother and her boyfriend are literally responsible for beating to death this defenseless baby. Our investigation found that baby Li’Aziah suffered multiple blunt force injuries during her last night of life from the very people who are supposed to protect her.” said Stollsteimer. “While we are horrified this crime could happen in our community, I am thankful that because of the dedicated work of detectives and prosecutors, we will be able to bring her killers to justice.” Stollsteimer continued.

Meinhart and Davis were arraigned today on the following charges:

Defendants are being held without bail at the George W. Hill Correctional Facility. A preliminary hearing is scheduled for July 7, 2021, before Magisterial District Judge Leonard Tenaglia.