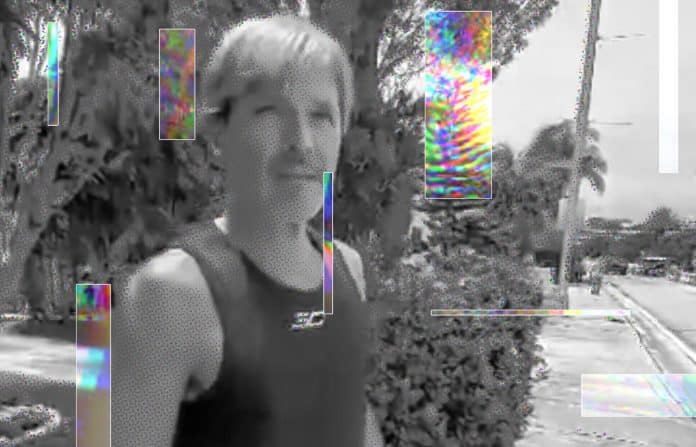 A lifelong Surfside local said the Florida beachfront condominium that collapsed used to be a quarry pit that couldn’t withhold a firm foundation for the doomed residential building, Your Content can exclusively reveal.

Dominick Daniel, 48, told Your Content in an exclusive interview at the site of the rescue effort that he first thought a gas line was struck before realizing a nearby condominium collapsed.

“I thought it was a gas line because the power went out briefly. I went back to sleep, and then the next morning I found out on the news that the building had collapsed.” Daniel told Your Content.

As a kid in the ‘70s, Daniel would journey to the condominium site—which was a quarry pit at the time—to play with other children in the massive pit.

“It was—it was a quarry pit, it was basically the base of what they were gonna build there. And I used to play in there as a kid, and you know—it was a big—it was a big pit.” Daniel said.

Florida is able to produce so much limestone due to millions of years of algal and coral growth. Countless sea level fluctuations then worked to form the massive carbonate shelf Florida rest on today, Dustin Brownlow concluded in a project titled Mapping the Florida Rock Quarries.

“The same with the Champlain Number Two there, because half of these hotels weren’t here.”

Champlain Number Two was the dwelling located on 89th and Collins, said the resident.

“I grew up here, and I walk my dog for example, for the last couple of years, I would see in the foundation huge cracks.”

Daniel said the cracks that infested the collapsed condominium were eerily similar to buildings damaged by major California earthquakes.

“And the only kind of cracks I used to see like that when I was in California, buildings that had earthquake damage.” Daniel went on. “And also, the balconies where buckling.

“You saw the rebar and the metal sticking out, and the crack, and it had already dropped. So that can’t be good. So this was obviously something property residents, staff and the landlords knew and saw.”

“They probably either neglected it or was waiting.” Daniel, 48, told Your Content Tuesday.

“Now they say they check it every 40 years.”

The lifelong resident says the quad-decade routine check will simply fail as foundations near sandbars and wetlands continuously shift.

“You have to understand, if you have to tack on another 40 years when you live in front of the ocean, you have the shifting because we’re built on a sandbar.”

Officials won’t yet comment on what exactly brought the 40-year-old tower down but experts who have viewed footage of it say it started with a problem in the bottom of the building – perhaps the parking garage – and once that crumbled, huge swathes of the building came down with it.

The death toll rose by just five people Monday, to a total of 10 confirmed dead. But more than 150 people are still missing in Surfside.

Florida Gov. Ron DeSantis signed an emergency declaration for Miami-Dade County late on Thursday that will provide assistance from the Federal Emergency Management Agency to those dealing with the high-rise building collapse.

The emergency declaration came after President Joe Biden said the agency had been sent to Florida and offered help from the federal government in recovering from the disaster.

Horrifying surveillance footage, obtained by WSVN, captured the moment the building collapsed, sending a huge cloud of debris into the air and officials said the level of destruction made it seem like a ‘bomb went off.’

“The President expressed his gratitude for the heroic first responders and search and rescue teams who are working tirelessly and whose bravery and courage have saved lives.”