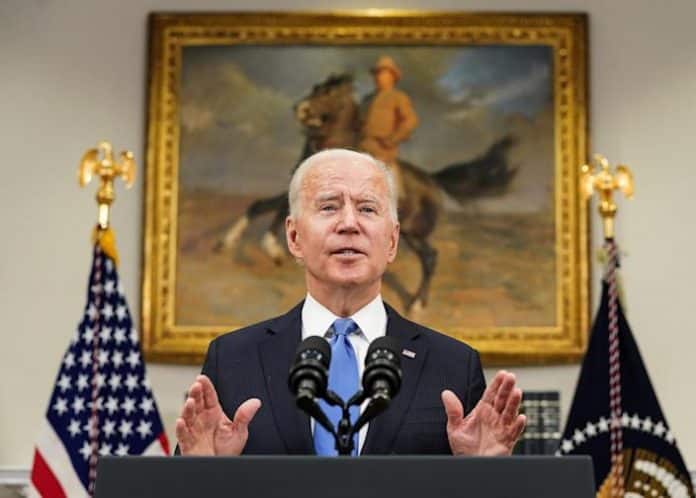 Biden has called on New York governor Andrew Cuomo to resign after an investigation found that the governor sexually harassed multiple women during his tenure, Your Content has learned.

“I believe in due process.”

After delivering remarks about the pandemic, President Joe Biden answered a question from a reporter about whether he believes Cuomo should resign. “Yes,” Biden said.

The women had accused Cuomo of subjecting them to inappropriate kisses and touching or inappropriate sexual remarks. The nearly five-month investigation lead by New York Attorney General Letitia James, conducted by two outside lawyers who spoke to 179 people, found that the Cuomo administration was a “hostile work environment” and that it was “rife with fear and intimidation.”

In his unexpected televised address, Cuomo used a slideshow of images of him hugging and kissing people throughout his life to demonstrate what he described as an affectionate and tactile personality, that he says the women have confused for a sexual deviant.

“This has been a long and painful period for me and my family as others feed stories to the press. I never touched anyone inappropriately. The facts are much different to what has been portrayed.

“I am 63 years old. I have lived my entire adult life in public service. That is just not who I am or who I ever have been,” he said.

He went on: “Trial by newspaper and biased reviews are not the way to find the facts. I welcome the opportunity for a full and fair review before a judge and jury because this just did not happen.”

The Albany District Attorney said on Tuesday he would use the NY Attorney General’s report in Andrew Cuomo in an ongoing criminal investigation into the embattled governor as New York State Democrats plotted to impeach him.

Cuomo, who denies the allegations in the report, has vowed to fight them and is refusing to step down.

Now some of the most senior Democrats in the New York Legislature are planning to draw up articles to impeach him.

“Governor Cuomo must resign. The Attorney General’s report leaves no room for any other acceptable course.

“It confirms that federal and state laws were broken. 11 women is 11 too many,” Senator Liz Krueger, one of the most senior Democrats in New York’s Senate, tweeted.

AG Letitia James did not weigh any criminal charges against Cuomo but Albany DA David Soares has launched an investigation and is asking women to come forward.

“We will be formally requesting investigative materials obtained by the AG’s Office and we welcome any victim to contact our office with additional information.

“As this matter is developing and we are reviewing the document released by the AG today, we will refrain from any additional public comment at this time regarding the status of the ongoing criminal investigation by our office,” he tweeted in a statement.

New York City Mayor Bill de Blasio has said that if Cuomo continues to resist calls to step down, he must be impeached.

“It is beyond clear that Andrew Cuomo is not fit to hold office and can no longer serve as Governor.

“He must resign, and if he continues to resist and attack the investigators who did their jobs, he should be impeached immediately.”