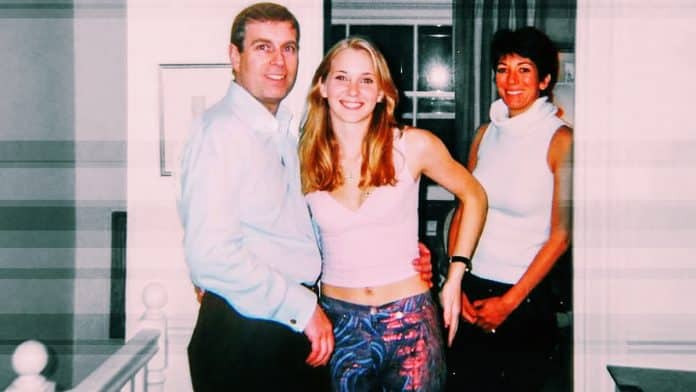 Prince Andrew was sued on Monday in a New York City court by his accuser Virginia Roberts, Your Content has learned.

Roberts, who claims she was forced to have sex with the Prince by convicted paedophile Jeffrey Epstein when she was just 17, filed a multi-million-pound civil action in New York.

Buckingham Palace previously issued a statement saying: ‘It is emphatically denied that The Duke of York had any form of sexual contact or relationship with Virginia Roberts. Any claim to the contrary is false and without foundation.’

The filing of a civil action against the Duke in America is certain to cause huge embarrassment for the Royal family as lawyers will seek to question him under oath about his sex life. He could also be forced to hand over texts, emails and private letters.

A defamation suit, filed by Roberts in 2015 against Ghislaine Maxwell, ended in a settlement – but deeply embarrassing depositions in which Maxwell discussed her sex life were made public last year.

A source said: ‘This could be devastating for Andrew. If he chooses to fight it and is deposed [forced to give evidence], then those depositions could end up being made public.

‘If he ignores it, he could be found guilty in absentia which would be a public relations disaster.’

Roberts, now a 37-year-old mother of three, lives in Australia.

Under the New York Child Victims Act, Roberts had until next Saturday to file the civil action which will include her claims that she and Prince Andrew had sex three times in 2001.

Although Roberts was then above the UK legal age of consent, in New York a child is considered to be anyone under 18.