Police in Delaware County on the search for a wanted killer, Rasheed Robinson, for Darby homicide
P

Anyone with information about Robinson’s whereabouts is asked to contact Darby Borough Police Officer Anthony Salvatore at 610-586-1100. 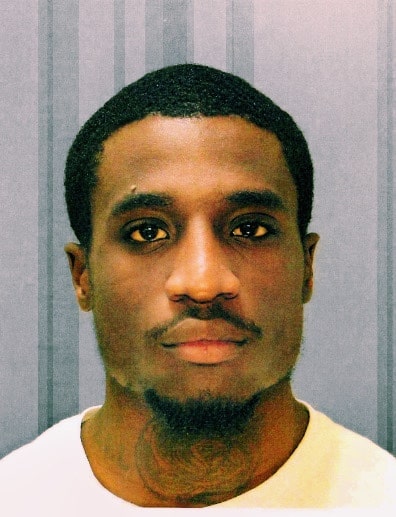 Police are scouring the region for a cold blooded killer suspected of unloading a gun on a Darby man, striking him nine times before leaving the man for dead, Your Content has learned.

Officials from the Delaware County District Attorney’s Office told Your Content the deadly situation erupted on Sunday, August 8, when Darby Borough Police responded to the 1000 block of Center Street for the report of a shooting.

The incident is being investigated as a homicide.

This shooting occurred after a verbal confrontation between the victim and an individual identified as Rasheed Robinson, 25, of East Lansdowne, Pennsylvania.

Robinson shot the victim and then ran from the Center Street residence.

Police have now issued a warrant Robinson’s arrest, and the public’s help is sought in locating the suspect.

He is described as a medium build, approximately 5’5”, 140lbs. The suspect has two facial tattoos — one says “SNL” on the right side of the right eye and the other is Arabic writing. Two photographs of the suspect are attached.

Robinson is known to frequent the area of 60th and Spruce / 60th and Cedar as well as the area of Mayfair and Oxford Circle in Philadelphia.

The investigation is being led by Officer Anthony Salvatore from Darby Borough Police Department who can be reached at 610-586-1100.

The District Attorney reminds anyone in Delaware County who observes suspicious activity call to 911 immediately and provide the most specific and accurate details possible to assist law enforcement agencies investigating the call for service.