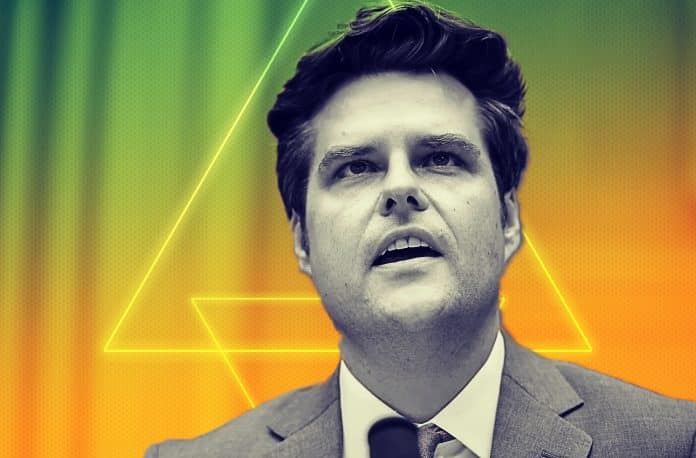 Florida congressman Matt Gaetz’s former political pal Joel Greenberg has given prosecutors years worth of electronic cash transactions and “thousands” of pictures and videos as part of a broad sex-trafficking probe, ABC News reported Thursday, Your Content has learned.

The outlet also reviewed Google Voice text messages Greenberg sent in September 2018 to a woman he met online. According to ABC News, Greenberg asked the woman if she was of legal age and whether she would take drugs. He then reportedly asked her if she would like to meet up with him and Gaetz, and added, “And how much of an allowance will you be requiring :)”

The information Greenberg has provided to investigators reportedly includes “years of Venmo and Cash App transactions and thousands of photos and videos, as well as access to personal social media accounts.” Much of this potential evidence pertains to Greenberg’s relationship with Gaetz, and could aid investigators looking into the Florida congressman, Rolling Stone reported.

In pleading guilty to 6 of the 33 federal charges against him, including sex trafficking a 17-year-old, Greenberg noted that he “introduced the minor to other adult men, who engaged in commercial sex acts.” Greenberg did not specify whether one of those adult men was Gaetz, although reporting has indicated this could be the case.

The woman told Greenberg that she had “a friend who introduced me to the website that I could bring” and that she typically required “$400 per meet.”

The Hill reported Greenberg then reportedly responded by sending a photo Gaetz took of himself at Pea Ridge Elementary in 2017 along with the words, “My friend.”