The White House released the photo Sunday to show the American people President Biden is deeply concerned for Afghanistan. 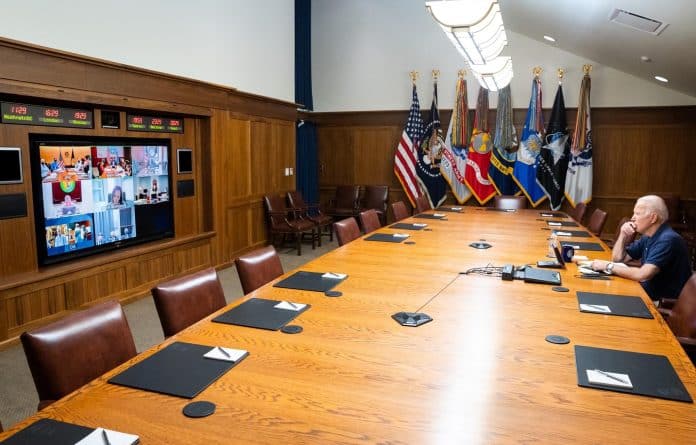 President Joe Biden held what appeared to be a virtual briefing with Vice President Kamala Harris and other top level U.S. officials, a photo released by the White House reveals.

The meeting was in regard to the Taliban terror situation surrounding Afghanistan.

“This morning, the President and Vice President met with their national security team and senior officials to hear updates on the draw down of our civilian personnel in Afghanistan, evacuations of SIV applicants and other Afghan allies, and the ongoing security situation in Kabul.” White House officials said on Facebook Sunday.

Meanwhile, Taliban terrorists made themselves comfortable at the President’s Palace, photographed released by their spokesperson reveals.

Afghan President Ashraf Ghani has confirmed he has left the country as the Taliban entered Kabul, saying he wanted to avoid bloodshed.

__
This is a developing news story. It will be updated momentarily.