Instagram initiated a comment censorship campaign to protect President Biden from 'harmful words' amid his handling of the Afghan crisis. 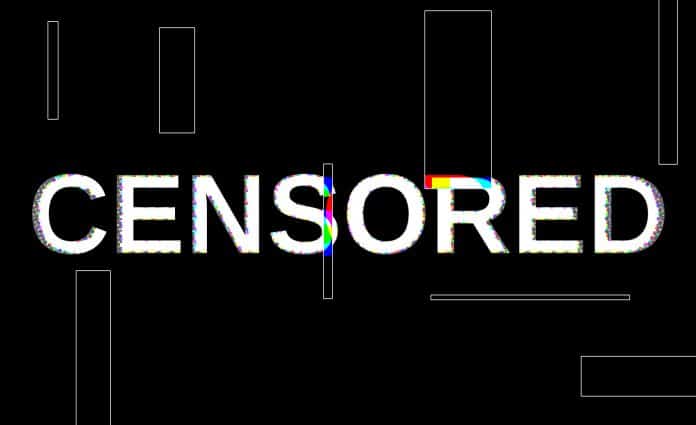 In yet another shameless bid to cheat the American people of government accountability—barmy big-tech companies censored President Joe Biden’s Instagram comments to avoid ‘harmful words’ amid his administration’s handling of the Afghanistan situation, Your Content is first to report.

“Instagram is blocking people from posting ‘Loser’ as a comment to Joe Biden’s post about the Afghanistan failure.” Mike Cernovich tweeted Tuesday, noting it isn’t a “glitch” as two people sent him screen captures.

“That’s how much collusion there is now between big tech and the Biden [White House].”

Users that wanted to share thoughts on the president’s official Instagram page were met with a message that said it violated the platforms “guidelines.”

I was able to post Loser one way but not another way.

This is Instagram directly censoring criticism of the President of the United States via his official account. pic.twitter.com/qGkuHNvCnC

An alert titled: “This May Go Against Our Guidelines” flags a user after commenting “loser” or another insult aimed at the president.

“It takes a lot to render me speechless. Is this a joke?” America’s most controversial constitutional rights attorney Norm Pattis told Your Content. “Can we post comments about Zuckerberg being a loser, a moron and a pantywaist?”

“We’re flagging comments that may be considered inappropriate or disrespectful,” the Instagram notice reads, indicting “if you post this comment anyway, it may be hidden from other people” and threatening to disable accounts that violate the terms.

The options are “Allow,” “Limit” and “Limit Even More.” All accounts default to the “Limit” setting.

“You can think of sensitive content as posts that don’t necessarily break our rules, but could potentially be upsetting to some people — such as posts that may be sexually suggestive or violent,” Instagram officials said in the announcement.

In recent years, federal courts reaffirmed the essence of First Amendment freedom is the ability to criticize government officials.

Instagram is blocking people from posting “Loser” as a comment to Joe Biden’s post about the Afghanistan failure. (Two people sent me this, it’s not a “glitch.”)

That’s how much collusion there is now between big tech and the Biden WH. pic.twitter.com/X7vE5gznyp

“This session, we took action to ensure that ‘We the People’ — real Floridians across the Sunshine State — are guaranteed protection against the Silicon Valley elites,” said Governor Ron DeSantis. “Many in our state have experienced censorship and other tyrannical behavior firsthand in Cuba and Venezuela. If Big Tech censors enforce rules inconsistently, to discriminate in favor of the dominant Silicon Valley ideology, they will now be held accountable.”

“This intervention is to ask people to reconsider what they say on Instagram, especially when it could be hurtful.”

__
Correction Notice: This post was updated on August 19, 2021, at 7:25 p.m. to include comment provided by a Facebook spokesperson on Aug. 19. The spokesperson said the ‘intervention was not specific to President Biden.’