Pentagon officials were stunned Wednesday when a reporter quizzed top officials about the situation unfolding in Afghanistan. 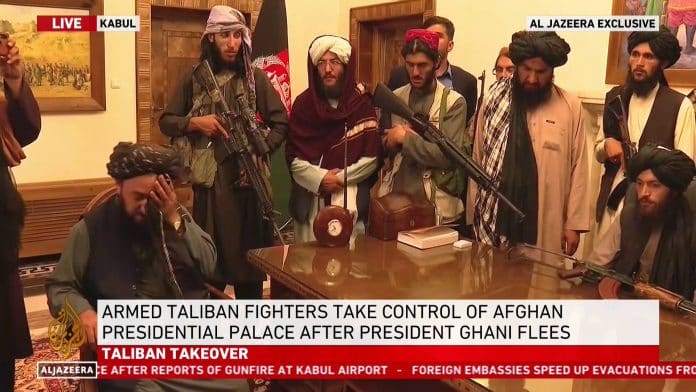 Pentagon officials were stunned Wednesday when a reporter quizzed top officials about the situation unfolding in Afghanistan, Your Content has learned.

“I don’t have the capability to go out and extend operations currently into Kabul.” U.S. Secretary of Defense Lloyd J. Austin III said. “And where do you take that? How far can you extend that to Kabul and how long does it take to fly those forces in to be able to do that?”

“So it sounds like you’re saying this depends on diplomacy with the Taliban—that’s it—that’s our only option, is getting them to agree to do this?” asked a journalist.

The question left Secretary Austin speechless, prompting nearby General to take the mic.

“Well let me add something here,” interrupted General. “We have a couple of checkpoints set up.”