Secret trials have been a characteristic of almost every dictatorship of the modern era, usually cited necessary for the sake of 'national security.' 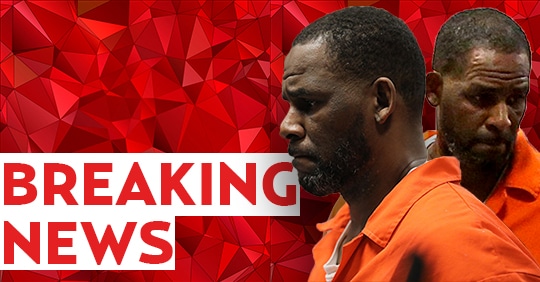 A New York City federal judge barred the media from observing R. Kelly’s trial and banned the release of dissemination of evidence prosecutors intend to use for the public to inspect or view, Your Content has learned.

Barring members of the media from any courtroom gives inference of a “secret trial” – a tactic used commonly by dictatorships in the modern era. However, this marks the first high-interest secret proceeding in modern U.S. history.

“It goes without saying that the weirdness of R. Kelly’s trial is compounded by the fact that the judge is not letting a single media member in the courtroom, has delayed release of evidence and today, agreed that evidence made PUBLIC in court couldn’t be released to the media” tweeted Victoria Bekiempis, a courtroom correspondent covering the R. Kelly trial. “So we are watching everything unfold on, I want to say, 54-inch TV screens in a media room, where most people in courtroom have heads the size of quarters or smaller, including witnesses.

“We can see a larger image of Kelly, but only his profile. Barring media access here completely conflicts with first amendment right to access.”

The R&B star, 54, has been accused to leading the sex ring where women had to call him ‘Daddy’ and had to ask him to use the bathroom.

Kelly, a three-time Grammy winner, whose songs include ‘I Believe I Can Fly’ and ‘Bump N’ Grind,’ has pleaded not guilty and strongly denied wrongdoing.

More than a decade has passed since Kelly was acquitted in a 2008 child pornography case in Chicago.

It was a reprieve that allowed his music career to continue until the #MeToo era caught up with him, emboldening alleged victims to come forward.

The women’s stories got wide exposure with the Lifetime documentary ‘Surviving R. Kelly.’

The series explored how an entourage of supporters protected Kelly and silenced his victims for decades, foreshadowing a federal racketeering conspiracy case that landed in Kelly in jail in 2019.

Bekiempis says the judge claims the “trial is unique” and “things are super sensitive” so the public simply cannot hear or witness the proceeding.

“A few responses are like ‘this trial is unique!’ and ‘things are super sensitive! They’re trying to protect accusers.’ First: permitting one credentialed member of the press in there as a “pool” reporter doesn’t put witnesses at risk. there’s no photography. no recording.” Bekiempis said.

It goes without saying that the weirdness of R. Kelly's trial is compounded by the fact that the judge is not letting a single media member in the courtroom, has delayed release of evidence and today, agreed that evidence made PUBLIC in court couldn't be released to the media

Defense lawyers have countered by saying Kelly’s alleged victims were groupies who turned up at his shows and made it known they ‘were dying to be with him.’

The women only started accusing him of abuse years later when public sentiment shifted against him, they said.

Kelly is perhaps best known for his smash hit ‘I Believe I Can Fly,’ a 1996 song that became an inspirational anthem played at school graduations, weddings, advertisements and elsewhere.

An anonymous jury made up of seven men and five women have been sworn in to hear the case.

The trial, coming after several delays due mostly to the pandemic, will unfold under coronavirus precautions restricting the press and the public to overflow courtrooms with video feeds. If convicted, he could face life in prison.

The New York case is only part of the legal peril facing the singer, born Robert Sylvester Kelly. He also has pleaded not guilty to sex-related charges in Illinois and Minnesota.

Joaquin Archivaldo Guzman Loera, the boss of the Sinaloa Cartel, also known by various aliases, including “El Chapo” and “El Rapido,” was convicted on Feb. 12, 2019, by a federal jury in Brooklyn of being a principal leader of a continuing criminal enterprise through his leadership of the Mexican organized crime syndicate known as the Sinaloa Cartel. Guzman’s trial was public.