America sends memo to terrorists: ‘We will hunt you down and make you pay’ for killing U.S. troops
A

A second war on terror is imminent as President Biden warned terror groups U.S. forces 'will hunt down' all terrorists and 'make them pay.' 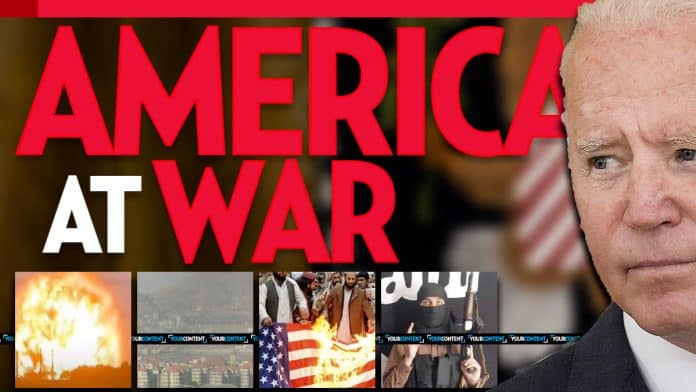 A second war on terror is imminent as President Joe Biden warned terrorists the United States ‘will hunt down’ all terrorists involved in the deadly bombing that killed at-least 12 U.S. troops and 60 civilians and ‘make them pay’ for their actions, Your Content has learned.

Biden said we will not be deterred by terrorists and will continue the mission.

“These ISIS terrorists will not win—America will not be intimidated”

“I have never been of the view that we should be sacrificing American lives to try to establish a democratic government in Afghanistan, a country that has never once in its entire history been a united country—it was time to end a 20 year war” Biden concluded.

The threat of lethal force came just moments before the president signed a proclomation honoring the victims of the deadly Afghanistan bombing.

“As a mark of respect for the U.S. service members and other victims killed in the terrorist attack on August 26, 2021, in Kabul, Afghanistan, by the authority vested in me as President of the United States by the Constitution and the laws of the United States of America, I hereby order that the flag of the United States shall be flown at half-staff at the White House and upon all public buildings and grounds, at all military posts and naval stations, and on all naval vessels of the Federal Government in the District of Columbia and throughout the United States and its Territories and possessions until sunset, August 30, 2021.” the statement reads.

“I also direct that the flag shall be flown at half-staff for the same length of time at all United States embassies, legations, consular offices, and other facilities abroad, including all military facilities and naval vessels and stations.