The gang member is confirmed to be the son of Collingdale‘s newly elected Democrat mayor, Felecia Coffee, police told Your Content. 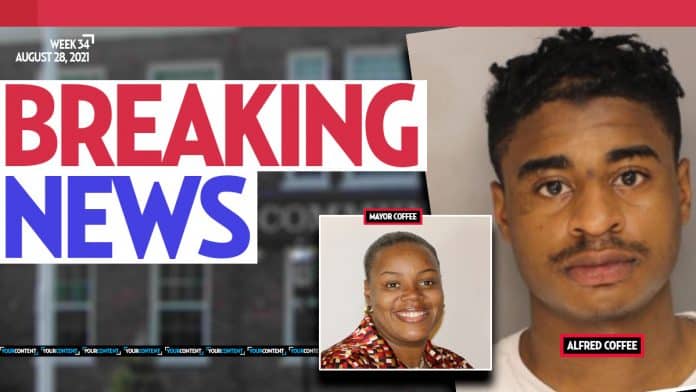 The charging documents that have been filed in the latest sweeping arrest involving multiple gang members reveals that the son of a suburban Philadelphia mayor has been accused of partaking in a violent crime wave in his mother’s district, Your Content has learned.

As Your Content readers learned on Jul. 29, District Attorney Jack Stollsteimer announced the arrest of multiple individuals affiliated with the MML (“Money Making Legends”) gang after an investigation into shootings and other acts of violence in the communities of Folcroft, Sharon Hill, Collingdale and Darby Borough.

The investigation was conducted by a joint task force involving officers and detectives from the Sharon Hill, Darby Borough, and Folcroft police departments. But police had trouble locating a key suspect—and it turned out to be the son of local mayor Felecia Coffee, a Delaware County-area Democrat elected in 2019.

Alfred Coffee, 23, of the 1000 block of North Street in Collingdale, marks the 12th alleged member of the “Money Making Legends” (MML) gang to be arrested in a week by the joint task force that swept through Collingdale, Sharon Hill, Darby Borough and Folcroft.

He is charged with 27 felonies and thirteen misdemeanors.

He has been remanded to George W. Hill Correctional Facility pending his preliminary hearing before Magisterial District Judge Tammi L. Forbes on Sept. 8.