Delaware County District Attorney Jack Stollsteimer announced the arrest of a delinquent duo for smuggling drugs into the county jail. 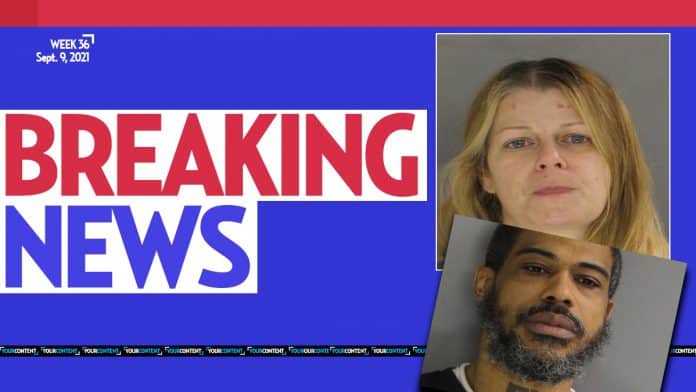 Delaware County District Attorney Jack Stollsteimer announced the arrest of a delinquent duo for smuggling drugs into the county jail, Your Content has learned.

District Attorney Stollsteimer revealed that Cynthia Rees, 39, of Brookhaven, and Amir Sanchez, 41, an inmate at the George W. Hill Correctional Facility, have been charged with trafficking narcotics into the correctional facility.

“As a result of excellent work by the members of the Narcotics Task Force and the staff at GWH, last month we charged a GWH corrections officer with smuggling narcotics into GWH. Continuing that great work, today we announce charges against two individuals who have been smuggling narcotics into the facility using the mail. Detecting this type of smuggling operation is difficult work, requiring patience and persistence. But keeping narcotics out of the facility is essential to keeping both the staff and the inmates at GWH safe,” said District Attorney Stollsteimer.

Working with members of the Narcotics Task Force, during the months of February 2021 through August 2021, the mailroom staff at GWH intercepted eight packages containing controlled substances. Field tests of these packages yielded a positive indication for the presence of synthetic cannabinoids and suboxone. One of the packages was sent by defendant Rees to defendant Sanchez. The other packages were linked to defendant Rees and were sent to various inmates at the private jail.

Based on these intercepted packages, on Friday, September 3, 2021, the Narcotics Task Force executed a search warrant at the Brookhaven home of the defendant Rees.

As a result of that search, the Task Force confiscated approximately $25,000 in cash, as well as illegal narcotics (including Xanax, Adderol, and drug related paraphernalia). On Wednesday, September 8, 2021, Detective Sean Gallagher of the Narcotics Task Force went to George W. Hill Correctional Facility and took defendant Sanchez into custody for his role as a co-conspirator of defendant Rees. At that time Sanchez was incarcerated at the embattled private jail awaiting trial on charges unrelated to the current investigation.

“I want to commend everyone involved in disrupting this drug trafficking operation, particularly members of the Narcotics Task Force Sergeant Anthony Ruggieri and Detective Brian Alexander of the Criminal Investigation Division (CID), and Detective Sean Gallagher of the Darby Township Police Department, as well as the excellent work of CID Analyst Maria Cerino. I also want to commend the staff at GWH. The investigation into this drug trafficking operation would not have been successful without the incredible cooperation and assistance of the staff at GWH. These public servants are on the front line for us every day, and they should be recognized for their dedication to this important work,” said Stollsteimer.