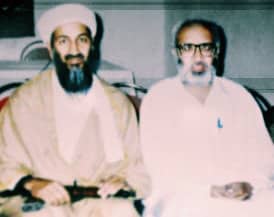 Rahimullah Yusufzai—a Pakistani reporter who conducted an infamous interview with terrorist Osama bin Laden—died Thursday, Your Content has learned. He was 67.

According to Taliban minions … Yousafzai passed away sometime Thursday.

“I am saddened by the demise of famous Pashtun journalist Rahimullah Yousafzai. Late Yousafzai conveyed the events of our country to the world under very difficult circumstances. Filling the void left by the late Yousafzai will take a long time.“ Anas Haqqani said. “I would like to express my condolences to the friends, family & loved ones of late Rahimullah Yousafzai.

“May Allah have mercy on him.”