The body of Gabby Petito was found in Bridger-Teton National Forest amid the massive search underway in Wyoming. 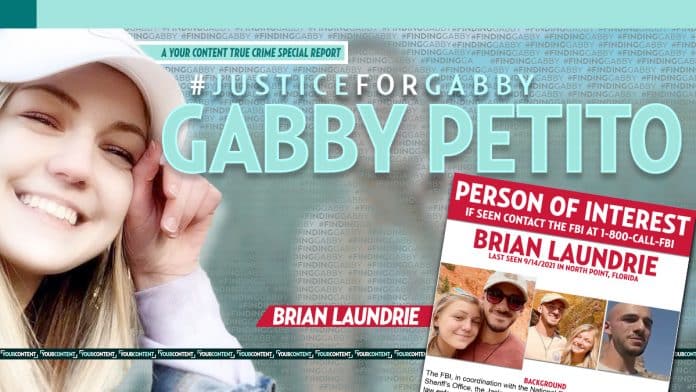 The body of Gabby Petito was found in Bridger-Teton National Forest amid the massive search underway in Wyoming Your Content has learned.

According to an individual close to the investigation, agents of the FBI informed the family of 22-year-old Petito they believed they located her body. Tattoos identified the aspiring YouTuber, family members said.

Human remains discovered in Teton County, Wyoming, on Sunday are “consistent with the description of” missing 22-year-old Gabby Petito, FBI officials said in a news conference.

“Full forensic identification has not been completed to confirm 100% that we found Gabby, but her family has been notified of this discovery,” Charles Jones, FBI Denver’s supervisory senior resident agent in Wyoming, said.

As Your Content reported Sunday evening, County Coroner Dr. Brent Blue revealed a body had been found where authorities were searching for Gabby Petito.

Investigators on Saturday continued the national search for missing woman Gabby Petito a week after she was first reported missing.

On Thursday, police said they were aware of Laundrie’s location. However, on Friday, officials said that they did not know where he was. They’ve since confirmed they’re searching for Laundrie in a Florida nature reserve.

Fox News was first to report police found a body amid the search that riveted the nation.

This is a developing breaking news story. It will be updated momentarily. Stay with Your Content on the latest news about #FindGabby as it develops.