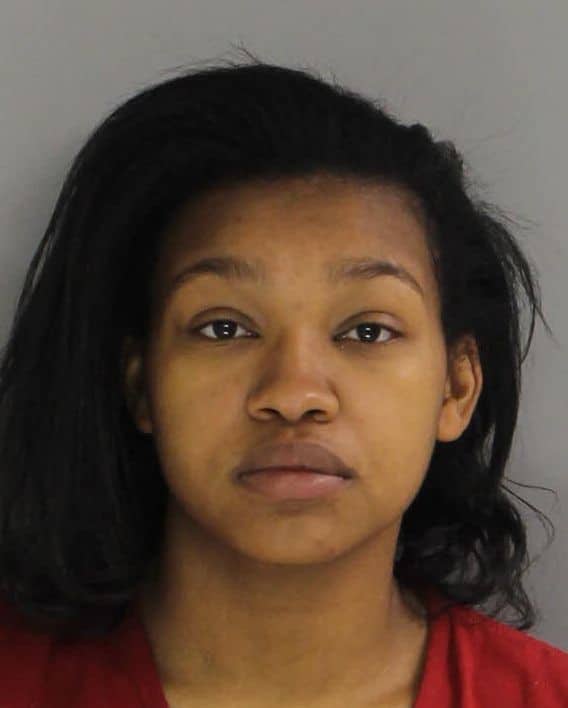 A prison guard is behind bars for allegedly sneaking narcotics and contraband into George W. Hill Correctional Facility, Your Content has learned.

District Attorney Jack Stollsteimer today announced that Chloe Vadel, 24, a correctional officer at the George W. Hill Correctional Facility in Concord, had been arrested on charges of possession of a controlled substance with the intent to deliver to inmates at the jail.

“This is the third incident in as many months in which a correctional officer has been arrested on charges of bringing contraband into the County jail. In each of those previous instances, we have noted that smuggling drugs into jails endangers inmates, jail staff, and the public. The fact that this dangerous and unlawful conduct has continued despite the previous arrests only highlights the breakdown in the management of the County facility. As I have stated previously, my office fully supports the recent decision by County Council to return management of the facility to County control. While there is no way to guarantee that County management can fully protect inmates and staff against this type of unlawful conduct, I am confident that the issue will get the attention it so obviously deserves,” said District Attorney Stollsteimer.

On Saturday, October 16, 2021, Detective Steven Bannar of the DA’s Criminal Investigative Division met with Sergeant Saleem Jones, a correctional officer at the jail. Sergeant Jones informed Detective Bannar that he had received information that a correctional officer, defendant Chloe Vadel, was going to be bringing a large quantity of narcotics into the facility later that day. Upon her arrival for duty that day, the defendant was removed from her post. She acknowledged that she had suboxone in her vehicle, and consented to a search. The search of the vehicle, which utilized the facility’s K-9 unit, revealed a substantial quantity of suboxone, as well as a substance believed to be synthetic marijuana, and an unidentified “leafy substance”.

“I want to commend Detective Bannar, as well as to express my deep appreciation to the staff at the George W. Hill Correctional Facility for their critical support of this investigation. The majority of the staff at George W. Hill do their duty every day in what can be a very trying and dangerous environment. I applaud the hard work they do every day, and I want them to know that we will continue to investigate and prosecute instances such as this which threaten the health and safety of everyone at George W. Hill,” said DA Stollsteimer.

The defendant was arraigned by Judge Kelly A. Micozzie-Aguirre and bail was set at $100,000 (10%). She was remanded to the George W. Hill Correctional Facility. A preliminary hearing is scheduled before Judge Wendy Roberts on November 2, 2021.
The District Attorney and the Criminal Investigations Division remind anyone in Delaware County who observes suspicious activity to call 911 immediately and provide the most specific and accurate details possible to assist law enforcement agencies investigating the call for service.