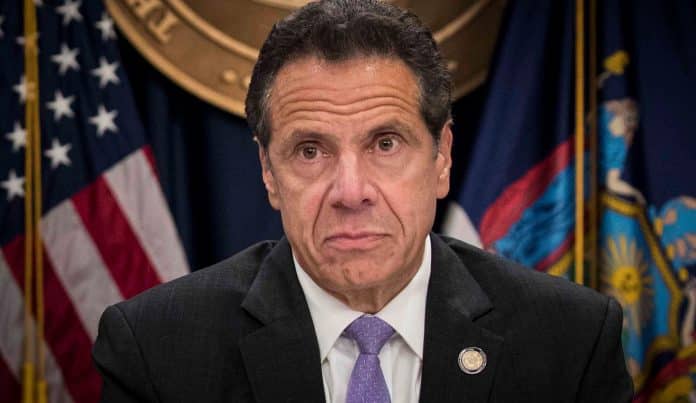 Ousted New York Governor Andrew Cuomo has been charged with forcible touching, two months after being pushed out of office by New York AG Letitia James, the woman now campaigning for his job, Your Content has learned.

The charges were filed on Thursday in Albany City Court. They relate to the allegation of Brittany Commisso, a former aide who claimed Cuomo groped her breast in the office of the Executive Mansion in Albany in December 2020, when he was at the height of his pandemic popularity.

Cuomo has always denied it.

Commisso’s claim was the most serious of all of the allegations listed in James’ report, which Cuomo has always maintained was a hit-job by James to get him out of her way. She is running for governor in November 2022.

“From the moment my office received the referral to investigate allegations that former Governor Andrew Cuomo sexually harassed multiple women, we proceeded without fear or favor,” James’ office said in a statement.

“The criminal charges brought today against Mr. Cuomo for forcible touching further validate the findings in our report.”

If convicted, Cuomo—who has not yet commented—could face up to one year in prison.

The complaint, which was signed by an investigator from the Albany County Sheriff’s Office, alleges that the former governor “intentionally, and for no legitimate purpose, forcibly place his hand under the blouse shirt of the victim and onto her intimate body part.”

Cuomo’s looming arrest is believed to be the reason that James decided to tell a key union leader on Wednesday that she’ll launch a campaign for governor “shortly,” a source briefed on the matter told the New York Post.

James is expected to announce her primary challenge of Gov. Kathy Hochul ahead of Cuomo’s arrest, the source briefed on the matter told the Post.