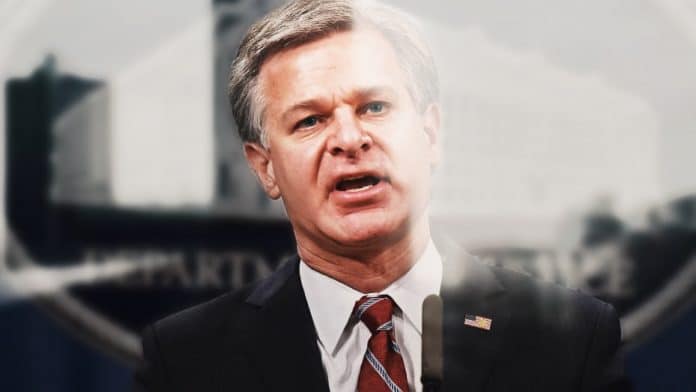 FBI Director Christopher Wray traveled to Poland, Denmark, and Sweden this past week to meet with vital international law enforcement and national security partners about several matters of mutual interest, the Bureau said.

Director Wray also was briefed by the FBI’s legal attaché personnel stationed in our overseas offices in Warsaw, Copenhagen, and Stockholm and was able to meet with their families, as well as U.S. Embassy staff.

According to the FBI, each of his engagements with our Polish, Danish, and Swedish partners, Director Wray expressed the gratitude of the FBI, and U.S. law enforcement partners, for their strong alliance. His numerous meetings with our foreign law enforcement partners reaffirmed our shared commitment toward pursuing joint efforts to address the global criminal and cybersecurity challenges we all face through continued collaboration, cooperation, and information sharing.

Throughout his travels, Director Wray emphasized the importance of maintaining and further developing these essential partnerships and the value the FBI puts on such relationships in working toward our mutual goal of protecting our citizens.

Christopher Wray was tasked to lead the agency on August 2, 2017, after former director James Comey was dismissed becoming the eighth director of the FBI.

Wray has approached his position in a non-flashy manner, preaching what one former senior FBI official described as a ‘head down, tackle hard’ ethic, MailOnline previously reported. He has maintained the support of the rank and file, said Brian O’Hare, president of the FBI Agents Association.