Boy, 8, remains in coma after concertgoers trampled him at deadly Houston music festival
B 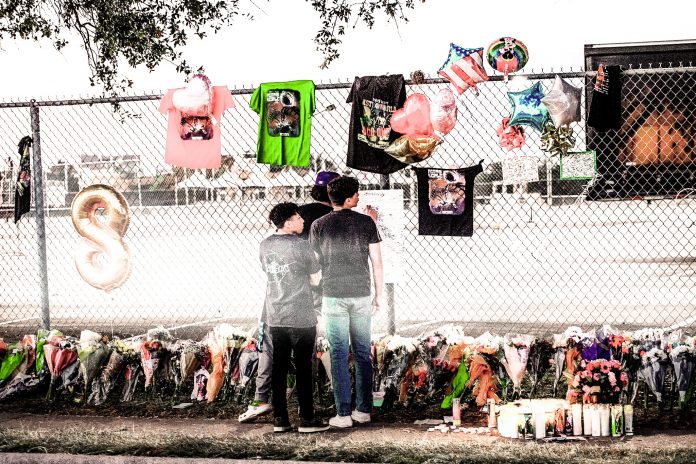 Nov 9 (Reuters) – A legal team including prominent civil rights lawyer Benjamin Crump said on Tuesday it has filed a lawsuit on behalf of a father whose nine-year-old son is in a medically induced coma after being trampled at the Astroworld festival in Houston, Your Content has learned.

The boy, identified in a statement by Crump only as “E.B.,” sustained life-threatening injuries at a weekend performance headlined by hip-hop star Travis Scott that ended with eight people killed and dozens more injured in a stampede.

“This little boy is currently fighting for his life, and his parents will never know the same child they entered Astroworld with,” Crump said in a statement on Tuesday.

It also accuses the defendants of failing to stop the hip-hop star’s performance “until over 40 minutes” after officials declared a mass casualty event had begun.

Ezra Blount, 9, was on his father’s shoulder at the event before falling during the crush, according to NBC News.

Once the family was able to locate him at Texas Children’s Hospital, the boy was in a coma to fight the brain trauma.

“It’s just a lot of things that could have prevented it,” Taylor Blount, the nine-year-old’s aunt, told NBC’s “Today” show.

Houston’s police chief said he met briefly with Scott to voice his “public safety concerns” before the rapper took the stage. Friday’s deadly crowd surge has led to a flurry of lawsuits on behalf of concert-goers, while police are pursing a criminal probe of the tragedy. read more

The eight fans who lost their lives ranged in age from 14 to 27 and included a high school baseball player, a high school band member who loved to dance and several college students from across the country. read more

The victims were crushed in a surge of fans near the stage at NRG Park at around 9:30 p.m., with some unable to breathe and others trampled underfoot. Hundreds of others in the sellout crowd of 50,000 were injured throughout the day.

Fans described a chaotic scene after a steady escalation of disruptive behavior over several hours.

Scott, who said he was “devastated” by the events, announced on Monday he would cover all funeral costs and offer aid to those affected. He is also working with law enforcement and city officials to “respectfully and appropriately connect” with victims and their families, according to a statement.

Canadian rapper Drake, who made an appearance at Astroworld with Scott, said in an Instagram statement on Monday night his heart was “broken for the families and friends of those who lost their lives and for anyone who is suffering.”

More than a dozen lawsuits from victims and their families have already been filed against several defendants, including Scott and concert promoters Live Nation Entertainment Inc (LYV.N) and ScoreMore. read more