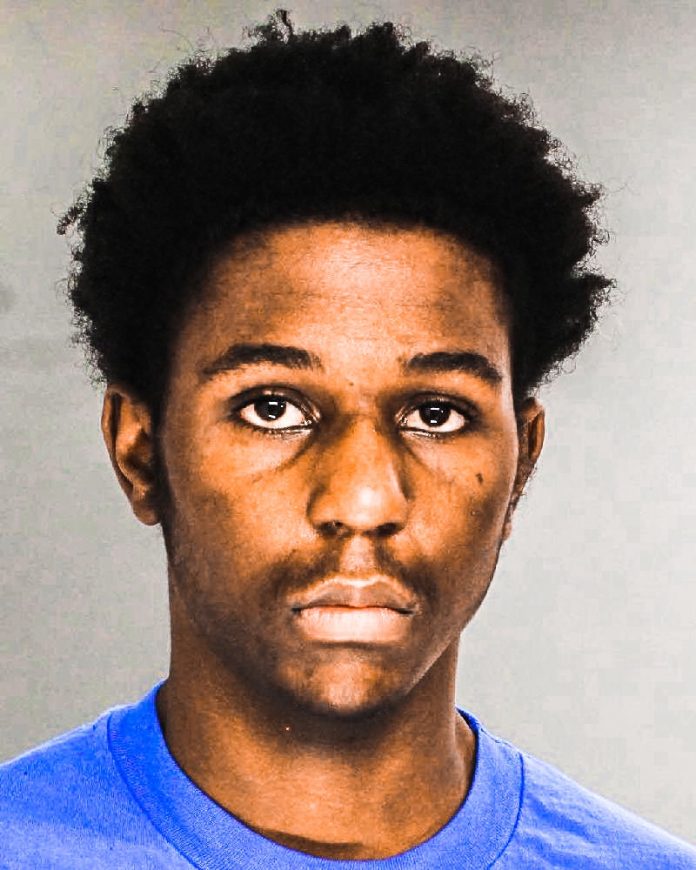 Officials made an arrest in the shooting death of a little girl at a Delaware County football game, Your Content has learned.

Delaware County District Attorney Jack Stollsteimer announced the arrest today of Angelo “AJ” Ford, 16, of Sharon Hill, on multiple charges, including First Degree Murder, for his role in the death of 8-year Fanta Bility at an Academy Park High School football game on August 27, 2021. Hasein Strand, 18, of Collingdale, is also charged, and is currently being sought by law enforcement.

“Today is an important step in my office’s continuing effort to seek justice for Fanta,” said District Attorney Stollsteimer. “Our investigation has determined that, following a verbal altercation at the football game, defendants Ford and Strand exchanged multiple gun shots with each other on the 900 block of Coates Street.

“This gunfight wounded one person caught in the crossfire and precipitated the responsive discharge of weapons by police officers stationed near the entrance to the football stadium. This responsive gunfire by the officers wounded three bystanders and tragically killed Fanta Bility. Under the laws of this Commonwealth, my office has determined that Ford and Strand should both be held criminally liable for the murder of Fanta Bility, as well as for the wounding of all of the bystanders,” Stollsteimer continued.

“The killing of Fanta Bility was a tragedy not just for her family, but for the entire Delaware County community. Today’s arrests begin the criminal process for those that initiated the deadly events of August 27th by shooting to kill at a high school football game,” said Stollsteimer. “Still, the pursuit of justice for Fanta demands that my office continue its comprehensive review of the actions of all parties involved in the tragic chain of events. On November 18th, a Grand Jury composed of Delaware County residents will be seated to review the entire case, so that it may be determined whether the police officers’ use of deadly force was justified,” Stollsteimer continued.

“Sharon Hill Borough Council hopes that justice will be served for Fanta Billity with the filing of First Degree Murder charges against AJ Ford and Hasein Strand by District Attorney Stollsteimer.” Sean P. Kilkenny said in a statement on behalf of Sharon Borough Council following the news.

Kilkenny said borough council-members are aware the District Attorney’s Grand Jury investigation is ongoing and “awaits the findings of that investigation into the criminal culpability of Sharon Hill Police Officers.”

“The Grand Jury will determine whether the Police Officers’ use of deadly force was justified in response to AJ Ford and Hasein Strand firing their weapons at each other.” Kilkenny said. “To further accountability of all those involved, at its public Council meeting on September 16th the Borough engaged former Philadelphia District Attorney Kelley Hodge of Fox-Rothschild, LLP to conduct an administrative investigation into our Police Department’s policies and procedures to include the conduct of the Officers involved in the incident.

“I ask for the community’s continued patience as the Grand Jury undertakes its investigation,” said Stollsteimer.

The charges against Ford and Strand are based on the following information determined by detectives and contained in the Affidavits of Probable Cause:

• Witness #1 observed AJ on Coates Street just outside the football game as the game ended. AJ was flashing a firearm that was inside his waist band and he was heard making threats to others on the street. Witness #1 stated that AJ began shooting in a west bound direction toward Ridley Avenue. Witness #1 identified a photo of Angelo Ford as “AJ” and as the shooter. Witness #1 also stated that Hasein Strand shot back at AJ in the direction of the football field. Witness #1 also identified a photo of Hasein Strand as the individual shooting back at AJ. Witness #1 identified Strand as possessing a 9mm Taurus.
• Witness #2 spoke with Hasein Strand after the shooting. According to the Witness, Strand stated that there had been tension inside the football stadium between AJ and Strand’s group of friends. Strand told Witness #2 that AJ began to flash his gun to Strand as they exited the stadium. Strand told Witness #2 that he took his brothers to his car and retrieved his firearm before walking back to AJ on Coates Street. Strand told the Witness that AJ then shot at Strand who returned fire.
• Victim #1 stated that he was standing at the intersection of Coates Street and Kenny Avenue when he observed a large crowd gathering. Victim #1 stated that a dark colored vehicle pulled up to the group near the intersection. Victim #1 heard shots being fired as the vehicle was driving towards him and was struck by a shot to the right side of his body. Victim #1 identified his location at the time he was shot as the sidewalk area on the south side of Coates Street at Kenny Avenue.
• Five 45 caliber shell casings were located in front of 909 Coates Street and two 9mm shell casings were located in front of 919 Coates Street. Both addresses and the recovered casings were located on the south sidewalk of Coates Street between Ridley Avenue and Kenny Avenue. The location of the casings is consistent with the shootout described by Witness #1 and Witness #2, with Ford standing near 909 Coates Street with a 45 caliber weapon and Strand standing near 919 Coates Street with a 9mm weapon. Victim #1’s location and injury are consistent with being struck by bullets fired by Strand toward the football field.
• Uniformed Sharon Hill Police Officers were located 140 feet from Victim #1 along the south sidewalk of Coates Street and were supervising the exit of spectators from the football field as the game ended. Immediately upon the shots fired by Ford and Strand east and west on Coates Street, officers discharged their weapons. Twenty-one 9mm casings were recovered at their location. Victims #2 through #5 were standing in the ramp/inside the football field area off Coates Street when they were struck by returning police fire. Victim #2, eight-year-old Fanta Bility, was rushed to Mercy Fitzgerald Hospital by police and was pronounced at 9:25PM. The Delaware County Medical Examiner determined that cause of death was a single gunshot wound to the torso. Victim #3 suffered a graze wound to the ankle. Victim #4 suffered a graze wound to the back. Victim #5 suffered a gunshot wound to the foot.

“I want to commend the incredible work of Deputy District Attorney Laurie Moore, Chief Jim Nolan and his team of detectives from my Office’s Criminal Investigation Division, including Detective Timothy Deery, as well as Sharon Hill Detective Vincent Port, all of whom have worked tirelessly since the tragic night of August 27th to bring justice for Fanta. I also want to thank Attorney General Josh Shapiro and his staff for making the Statewide Grand Jury available to my prosecutors and investigators in order to obtain the critical evidence needed to announce today’s charges.” Stollsteimer continued.

Ford is in custody and following his arraignment he will be transferred to the George W. Hill Correctional Facility where he will be held without bond.