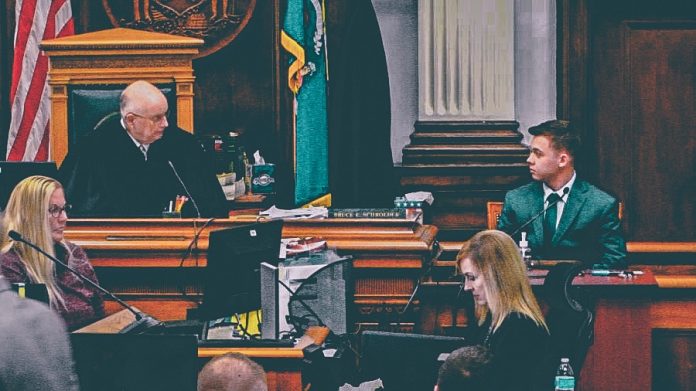 KENOSHA, Wis. (AP) — Defense attorneys at Kyle Rittenhouse’s murder trial say they will ask the judge to declare a mistrial after prosecutors posed what appeared to be improper questions of Rittenhouse on the stand, Your Content has learned.

Circuit Judge Bruce Schroeder did not immediately rule, saying he would give the prosecution a chance to respond.

At issue were questions prosecutors about Rittenhouse protecting property and about his silence after his arrest.