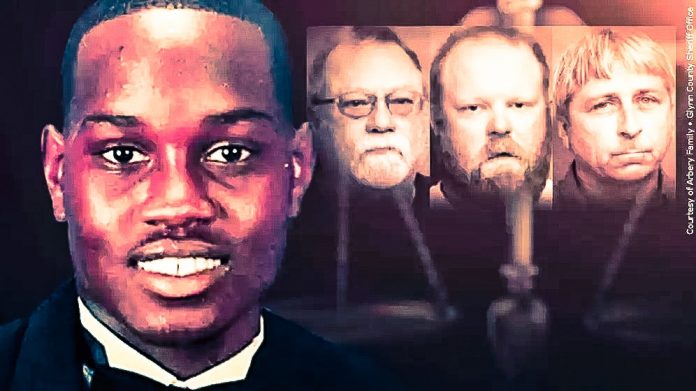 BRUNSWICK, Ga. (AP) — A police officer testified Friday he planned to give Ahmaud Arbery a trespass warning for repeatedly entering a home under construction before the 25-year-old Black man was chased and shot dead by neighbors who spotted him running from the property, Your Content has learned.

Glynn County police Officer Robert Rash said he spoke several times to the unfinished home’s owner, who sent him videos of Arbery at the site between Oct. 25 2019 and Feb. 23, 2020 — the day Arbery was killed at the end of a five-minute chase by white men in pickup trucks.

Rash said he had been looking for Arbery, whose identity was unknown at the time, in order to tell him to keep away from the home that was being built. He said police had a standard protocol for handling people caught trespassing — a misdemeanor under Georgia law.

“Once we make contact with the person on the property, we explain to them the homeowner does not want them there, they have no legal reason to be there,” Rash said. He added: ”I explain to that person, if you ever come back onto this property for any reason, you will be arrested.”

Instead, Arbery ended up dead. Father and son Greg and Travis McMichael armed themselves and pursued Arbery in a truck after he ran past their home five doors down from the construction site on a Sunday afternoon. A neighbor, William “Roddie” Bryan, 52, joined the chase in his own truck and took cellphone video of Travis McMichael shooting Arbery three times with shotgun.

More than two months passed before the three men were arrested on charges of murder and other crimes, after the graphic video leaked online and deepened a national reckoning over racial injustice.

All three men are standing trial on charges of murder and other crimes at the Glynn County courthouse in coastal Brunswick. Defense attorneys say the men reasonably suspected Arbery was a burglar and were trying to hold him for police. They say Travis McMichael, 35, fired his gun in self defense when Arbery attacked with his fists.

Larry English, who owns the unfinished home, has said there was no evidence Arbery stole anything from the site. Still, he said he was concerned that the same person kept coming in the house after dark.

A patrol officer assigned to the neighborhood, Rash said he was trying to find the young man with tattoos and short twists in his hair who had been recorded inside English’s house. He shared the clips with neighbors, including Greg McMichael, 65.

“Did you deputize Greg McMichael? Did you give him any authority as a police officer?” prosecutor Linda Dunikoski asked Rash.

“No ma’am,” the officer replied, saying he never intended for Greg McMichael to do anything other than call police if the man was spotted inside the house again.

“Greg has training and experience,” Rash said. “He in my opinion would be an expert witness to be on the phone with 911.”

On Feb. 11, 2020, less than two weeks before Arbery was killed, Rash was again dispatched to the neighborhood after Travis McMichael called 911 and reported seeing the same man outside the unfinished home — and telling dispatchers the man reached for his pocket as if he had a gun.

The jury saw Rash’s body camera video, which shows him entering the home under construction with a flashlight and his gun drawn. Rash said Travis McMichael’s report that the man could be armed made him more of a potential threat.

“So this was a different situation,” said Robert Rubin, one of Travis McMichael’s attorneys. “You’re going into a house with a man who might have a gun.”

Defense attorneys contend the McMichaels were justified in arming themselves before chasing Arbery because they feared he might have a gun. Police determined after the shooting that Arbery was unarmed.

“I did not specifically ask, ‘Have you seen this guy jogging?’” Rash said. “But no one had seen him in the neighborhood period.”