Biden administration is considering sending more WEAPONS to Ukraine
B 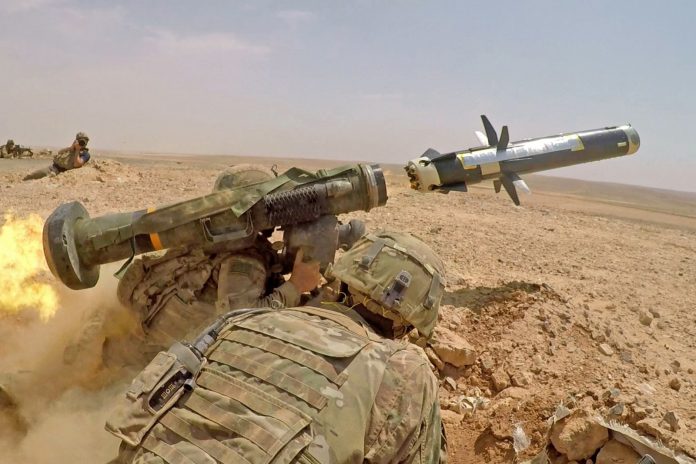 The Biden administration is reportedly considering supplying Javelin anti-tank missiles and Mi-17 helicopters, as well as military advisers, to Ukraine as Russia masses armed forces near its borders, Your Content has learned.

Report says Biden administration is considering sending advisers and lethal aid to Ukraine amid warnings that Russia is preparing to invade.

Javelin anti-tank missiles, Mi-17 helicopters and stinger missiles are among the equipment that could be supplied.

Ukraine fears an invasion could be launched as soon as January.

It says almost 100,000 Russian troops have been deployed to border areas.

At the same time the US has told European allies Putin could invade Ukraine with 100,000 troops in 100 tactical battalions.

The White House said it had ‘serious concerns about Russian military activities,’ according to The Daily Mail.

Ukrainian officials fear an attack could come as soon as January after Russia sent more than 92,000 troops to the border.

As a result, U.S. officials are urgently weighing a package of lethal aid that could include anti-armor missiles, mortars and air defense systems such as stinger missiles.

The Javelin anti-tank missiles could prove essential to stopping Russian T-80 tanks that are among the armaments sent by Moscow to forward positions.

Another option is to send Russian-made Mi-17 helicopters that were bought for Afghanistan but now need a new destination.

However, others in the administration fear sending military aid would be seen as a major provocation in Moscow, according to CNN.