The mother of Tamir Rice announced on TMZ Monday that the public should 'overthrow the country' in response to a jury finding Kyle Rittenhouse not guilty. 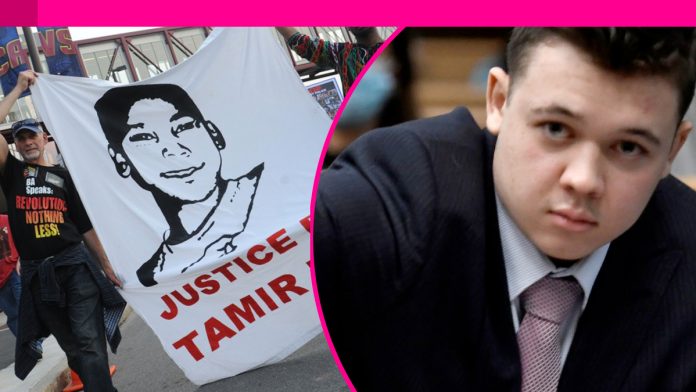 The mother of Tamir Rice announced on TMZ Monday that the public should ‘overthrow the country’ in response to a jury finding Kyle Rittenhouse not guilty of all charges, Your Content has learned.

“I’m really confused—I also understand that it was designed this way and at this point we are at the mercy of God.” Samaria Rice told TMZ on live television Monday. “At the end of the day this country needs to be overthrown—this is pitiful.”

The 12-year-old boy who was shot dead by Cleveland police last year had his hands in his pockets when he was killed and wasn’t reaching for the fake gun he was carrying, according to new frame-by-frame analysis of surveillance footage of the fatal incident.

Tamir’s death, ruled a homicide by the Cuyahoga County medical examiner, drew demonstrations both in Cleveland and several other cities across the U.S.

An expert hired by the family of slain middle-schooler Tamir Rice to review surveillance video found that the boy was shot within one second of the police officers’ arrival.

The two officers were responding to a call about an armed man in a park on the afternoon of November 22, 2014.

The results of the new analysis contradicts claims made by Cleveland police, CBS News reported.