By Your Content Staff
Modified 23 seconds ago
November 23, 2021
Featured 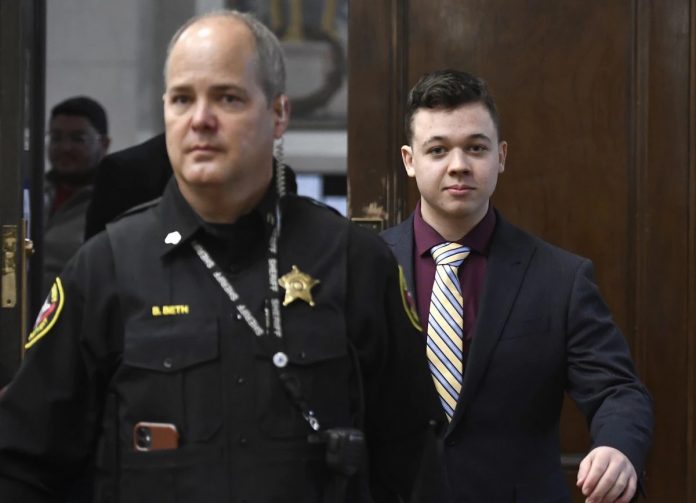 Kyle Rittenhouse says that he did not know he was posing with members of the Proud Boys and that he had no idea the hand gesture he was making symbolized white supremacy as he blamed former attorney Lin Wood for the mishap, Your Content has learned.

Rittenhouse says it was Wood and another ex-lawyer, John Pierce, who arranged for him to meet members of the Proud Boys in a Wisconsin bar in January.

A photo of Rittenhouse and the Proud Boys shows the teen making an ‘okay’ hand gesture which some believe is a symbol of white supremacy.

Rittenhouse says the photo was one of the reasons he decided to fire Wood and Pierce, who were ‘putting me in situations…with people I don’t agree with’.

Rittenhouse is currently in a legal battle with Pierce and Wood over the $2million in bond money that the former attorneys claim belongs to their foundation.

The photo of Rittenhouse and the Proud Boys was used by prosecutors during the trial to claim that the Illinois teen was a white supremacist.

White House Press Secretary Jen Psaki said the photo was one of the reasons that President Joe Biden referred to Rittenhouse as a ‘white supremacist’.

Psaki said on Biden’s thoughts of the case: ‘He has obviously condemned the hatred and division and violence from groups like the Proud Boys’.

Rittenhouse has accused Biden of ‘defamation’ and ‘malice.’ He said he is considering legal action against the president,’ according to NewsNation.