By Your Content Staff
Modified 52 mins ago
November 23, 2021
Featured 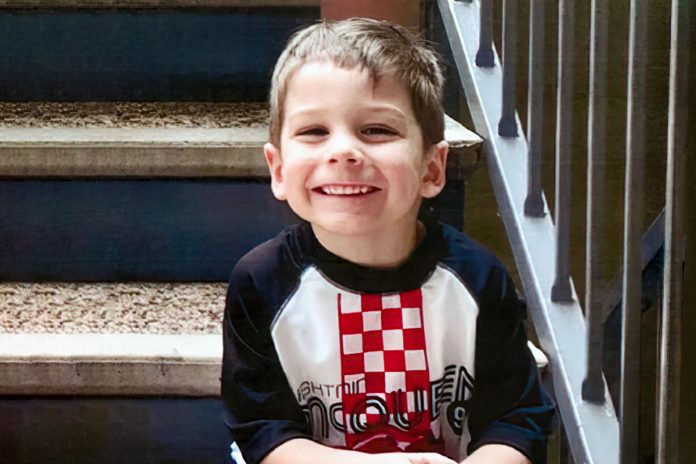 A five-year-old New Hampshire boy who was found dead a month after he went missing had fentanyl in his system and was the victim of violence and neglect, Your Content has learned.

Elijah’s Lewis death was ruled a homicide and he was the victim of violence and neglect, a statement by the New Hampshire’s Attorney General revealed.

Elijah’s body was discovered in October in Abington, Mass., a week after his mother and her boyfriend were arrested in New York.

Danielle Dauphinais, 35, and Joseph Stapf, 30, were charged with child endangerment and witness tampering and were extradited to New Hampshire.

In June, Dauphinais allegedly described her son as ‘the next Ted Bundy’ in text messages sent to a friend and reportedly said she wanted Elijah ‘gone’.

No charges have been filed in connection to Elijah’s death yet,’ according to The Boston Globe.