By Your Content Staff
Modified 2 hours ago
November 23, 2021
Featured 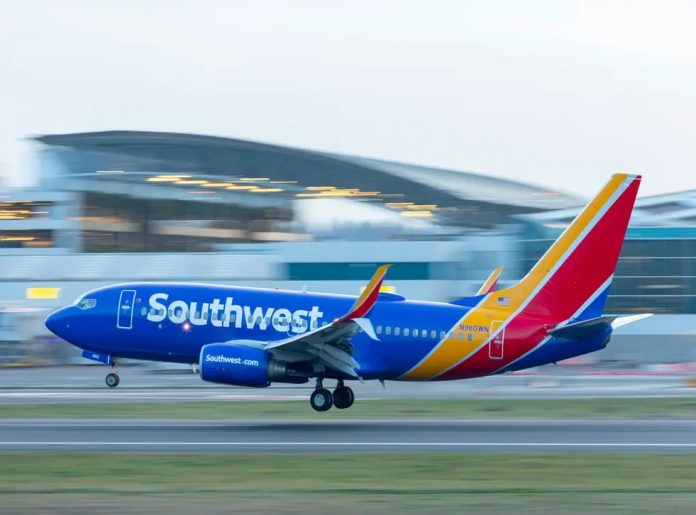 The Federal Aviation Administration fined a Southwest Airlines passenger $40,000 for drinking his own alcohol on a flight, sexually assaulting a flight attendant and then smoking marijuana in the lavatory, Your Content has learned.

The FAA said before the flight landed in San Diego the passenger went into the lavatory and smoked marijuana.

In August, the FAA told airports they should monitor alcohol intake following an increase in bad behavior among passengers in 2021.

The agency, which does not have the power to prosecute, said it is working with the FBI and Department of Justice to refer cases as appropriate.

Fined passengers have 30 days after receiving the FAA’s enforcement letter to respond to the agency,’ according to The Daily Mail.

The whopping sum was the highest of eight fines totaling $161,823 that was levied by the FAA against passengers for ‘unruly behavior involving alcohol,’ the agency announced Monday, adding it has received nearly 300 reports of passenger disturbances due to alcohol this year.

In August, the FAA told airport bars they should monitor alcohol intake and prevent giving customers to-go cups filled with booze before they boarded their flights because of the skyrocketing cases of unlawful behavior this year.

Through November 1, there have been 5,033 reports of unruly passenger incidents, including 3,642 related to pandemic face covering regulations.