By Your Content Staff
Modified 2 hours ago
November 23, 2021
Featured

A statue of Thomas Jefferson was removed via the back door after 187 years because workers complained the slave-owning president made them uncomfortable. 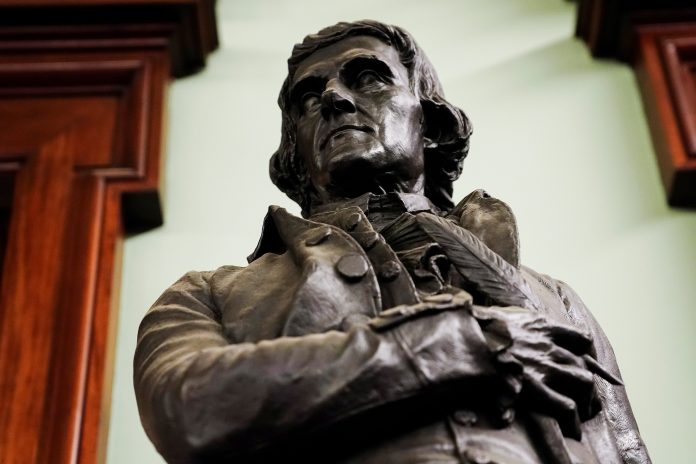 A statue of Thomas Jefferson was yesterday removed from New York City’s City Hall via the back door after 187 years because workers complained the slave-owning third president made them uncomfortable, Your Content has learned.

The request for Jefferson’s statue removal came from the Commission on Racial Justice and Reconciliation, led by outgoing Mayor Bill de Blasio’s wife Charlene McCray, after black staff complained about the statue that honors a slave owner.

Workers said statue of the slave owner made them uncomfortable.

Will be relocated to New York Historical Society for 10-year loan agreement,’ according to The Daily Mail.

City Council members intensified their calls to remove the Jefferson statue from City Hall in the summer of 2020 following the murder of George Floyd due to the former president’s racist past.