Five moderate Democrats say they will vote AGAINST Saule Omarova’s nomination after she deny she was a communist.
F

By Your Content Staff
Modified 5 days ago
November 24, 2021
Featured 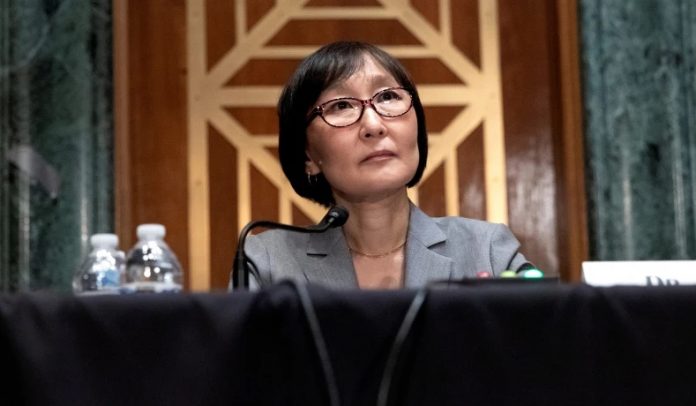 They join John Hickenlooper (D-Colo.) and Mark Kelly (D-Ariz.) in their opposition.

Omarova has attracted intense criticism ever since being nominated by Biden.

Republicans have focused on her childhood in Soviet Kazakhstan.

But she has also been criticized for her outspoken attacks on Wall Street.

The White House on Wednesday said it was standing by her nomination,’ according to The Daily Mail.