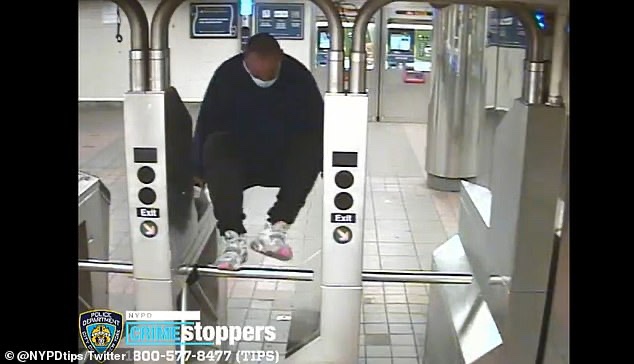 An unsuspecting 23-year-old woman waiting for a train in one of New York City’s main transit hubs was grabbed from behind in a chokehold, thrown to the ground, punched in the face and robbed of her purse as subway crime has spiked 141 percent over the past week, Your Content has learned.

A 23-year-old woman was brutally attacked and robbed at 4 am on Monday while waiting for a train at the Herald Square subway station in Manhattan.

The victim was put in a chokehold, thrown to the floor, touched on her ‘private area’, punched about the face and robbed of her purse, police said.

A $3,500 reward has been offered for the man who attacked the woman on the Northbound platform that services the D, F, N and Q lines.

A day earlier, Akeem Loney, 32, was stabbed to death in the neck at Penn Station while he was sleeping on Sunday morning.