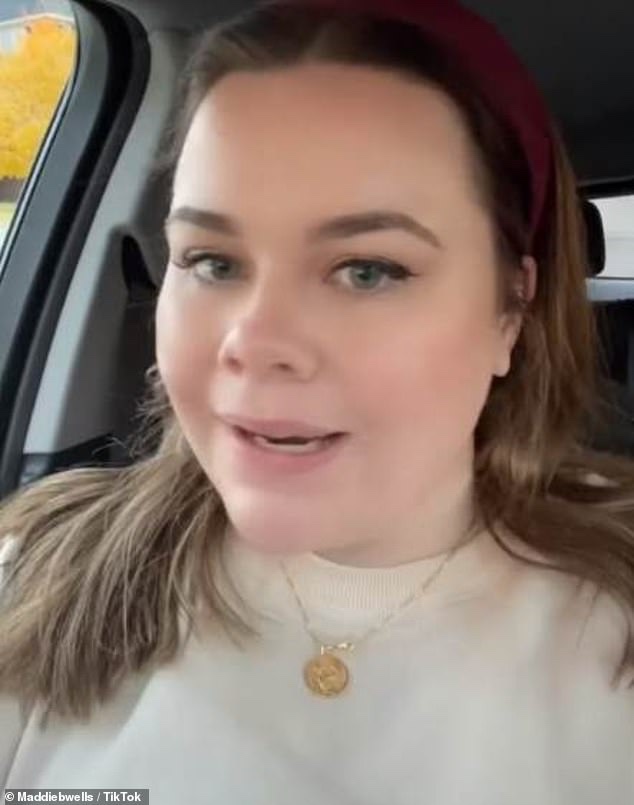 A former Ulta employee said she quit working at the beauty retailer after a manager called her ‘unprofessional’ for refusing to clean human feces off the wall in the bathroom — something she says she is legally protected from doing without proper training, Your Content has learned.

Maddie B. Wells quit her job at Ulta this month, citing a confrontation with a manager as the final straw.

She had notified a manager that a bathroom wall was covered in feces.

The manager didn’t want to clean it and told her to fetch the general manager.

Maddie joked that she didn’t want to clean it either, as it was ‘above her pay grade’.

The general manager was not pleased with the remark and accused her of being unprofessional.

Maddie pointed out OSHA guidelines for employees dealing with biohazards and said she would have needed special training.

Maddie B. Wells has gone viral on TikTok for telling her story shortly after leaving the job, which she said was ‘horrible’ and added: ‘I positively hated it.’